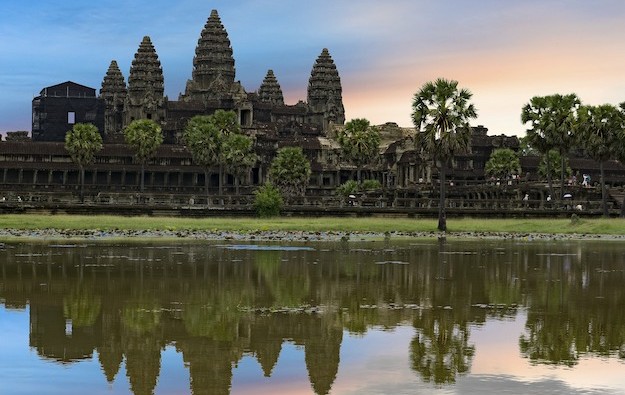 The Hong Kong-listed company runs the NagaWorld casino complex in Cambodia’s capital, Phnom Penh. It has an exclusive licence to operate casinos there and in the city’s surroundings.

In a Wednesday statement, UNESCO said it was “closely following plans for a 75-hectare [187.5-acre] amusement park under discussion near the World Heritage site of Angkor in Cambodia”.

In November, NagaCorp said it had been granted a 50-year lease on a plot of land “about 500 metres [0.31 miles] south of” the development-restricted zone of Angkor Wat.

The casino firm said construction of the resort – provisionally called Angkor Lake of Wonder – would be in phases, with the first one expected to open in 2025. The plan involves hotels, a water theme park, indoor hi-tech theme parks, water-cruise attractions, space for meetings, incentives, conferences and exhibitions (MICE), cultural attractions and food streets, it said.

The chairman of NagaCorp told GGRAsia in September that any venture by the firm into the Siem Reap resort market would respect Cambodian government policy on gaming concerning that part of the country.

In its statement, UNESCO said NagaCorp’s project in Siem Reap was the focus of discussions conducted in the late January meeting of the International Coordinating Committee for Angkor (ICC-Angkor), a multi-national mechanism to oversee Angkor’s conservation and development.

“The technical opinions of experts in the fields of conservation and sustainable development were clearly unfavourable” to NagaCorp’s project near the heritage site, stated the UN body.

UNESCO said the proximity of NagaCorp’s project to the protected buffer zones of the Angkor Wat site “as well as the scale, scope and concept of the planned activities could indeed have an impact on the outstanding universal value for which Angkor was inscribed on the UNESCO World Heritage List.”

It added: “UNESCO is certain that the Cambodian authorities remain fully committed to the implementation of the World Heritage Convention and will ensure that the protection of the outstanding universal value of Angkor remains at the heart of the decision-making processes relating to the property and its surroundings.”

The body also said that any development concerning the Angkor site would be examined by the World Heritage Committee in mid-2021.

The Voice of America media outlet quoted a spokesperson for the Apsara National Authority as saying that the Cambodian authorities would “always listen to opinions and recommendations from the ICC-Angkor.” Apsara is the Cambodian management authority responsible for protecting the Angkor site.