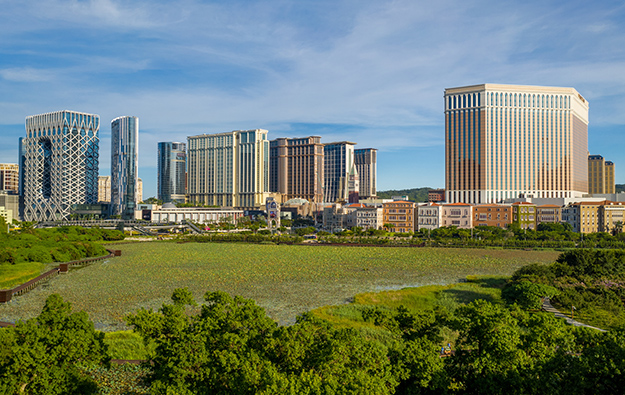 The seven-day holiday starting with China’s National Day, on October 1, was an “un-golden week” for Macau casinos, said a Monday note from JP Morgan Securities (Asia-Pacific) Ltd. Aggregate gross gaming revenue (GGR) for October 1 to 10 was estimated at MOP1.25 billion (US$156 million), “about 10 percent” of pre-Covid-19 October Golden Week seasons, stated the brokerage.

The ‘Golden Week’ term was a reference to an annual autumn holiday in China, that in pre-pandemic times had delivered high numbers of tourists to Macau and strong GGR on the festive days.

New cases of Covid-19 were confirmed in Macau just before the holiday, and also during it, leading to a tightening of travel rules that affected would-be visitors from the mainland. The daily average of visitors to Macau during this year’s October Golden Week  declined 93.7 percent on the already modest numbers of the 2020 holiday.

The estimated GGR tally for the first 10 days of October implied a MOP125-million daily run-rate, “only representing about half of year-to-date” daily GGR, i.e., MOP250 million per day, and only “10 percent-plus of pre-Covid Golden Week” performance, i.e., “MOP1 billion to MOP1.1 billion per day,” wrote analysts DS Kim, Amanda Cheng and Livy Lyu.

They added that despite the “minuscule” visitor numbers for the Golden Week period, “the data indicates that a number of high-end customers” had been able “to get to Macau for the holiday, with average spend per visitor, including mass and VIP, over US$13,000, above the normal average spend for premium mass players.”

Sanford Bernstein also suggested VIP average daily volumes for the period had been down 35 percent month-on-month with “above normal hold”.

The analysts further stated: “Daily mass GGR was also down 35 percent to 38 percent from the September level.”

Package tours from mainland China to Macau will resume from Monday, February 6, confirmed Macau’s Secretary for Economy and Finance, Lei Wai Nong, in a Friday press conference. The return of... END_OF_DOCUMENT_TOKEN_TO_BE_REPLACED