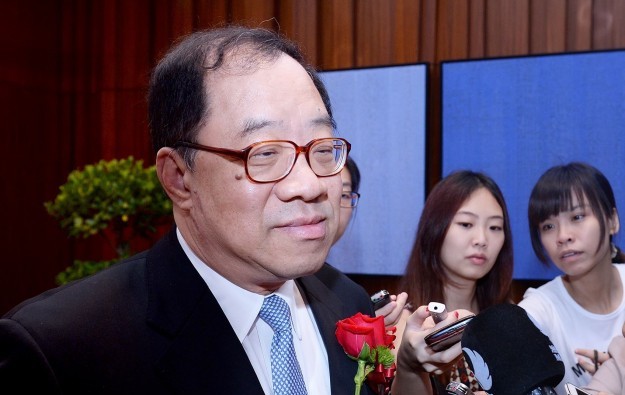 Macau’s Secretary for Economy and Finance, Francis Tam Pak Yuen (pictured), said jewellery and watch shops inside the precincts of the city’s casinos will be banned from applying for new China UnionPay Co Ltd card swipe terminals starting from next month. For now, the existing swipe card devices operated by such shops do not have to be removed, the official told reporters on Wednesday.

Mr Tam confirmed that the Monetary Authority of Macau had sent a letter to the city’s financial institutions outlining the new rules. The financial regulator however did not call for a ban on UnionPay transactions by such retailers or for their existing devices to be removed, he added.

But he did not exclude the possibility of that happening in the near future.

After “three or four months” of review, the government might consider reducing the number of UnionPay terminals in these jewellery and watch shops, Mr Tam said, adding that a complete ban is also still a possibility.

The secretary said authorities would carry out a thorough inspection and monitor how the policy is implemented in the next few months. He confirmed that authorities are keeping a close eye on transactions using UnionPay terminals at casino precincts.

The Monetary Authority of Macau has urged the city’s banks to strengthen their oversight of UnionPay transactions. The city’s financial regulator and China UnionPay are tightening the grip on large transactions, said Mr Tam. They are also cracking down the use of unregistered, hand held card swipe devices.

The value of transactions using unregistered UnionPay terminals that have been detected in Macau amounted to MOP180 million (US$22.5 million) between January and mid-May, according to police figures.

Macau mass-market casino gross gaming revenue (GGR) for the recent Chinese New Year (CNY) holidays could have recovered to at least 60 percent of that for the 2019 break, when the festivities were in... END_OF_DOCUMENT_TOKEN_TO_BE_REPLACED