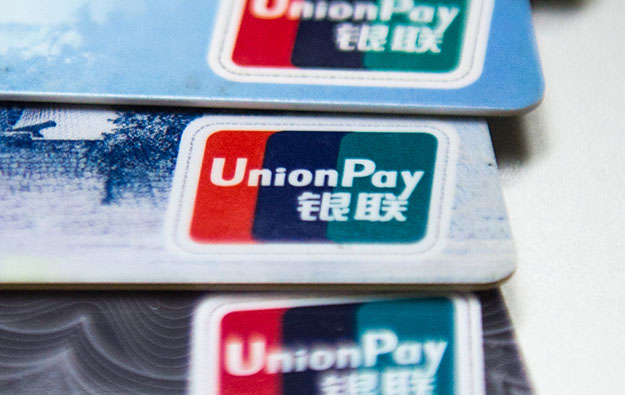 The many years long cat-and-mouse game between the Macau authorities and pawnshops in the city regarding funds for gambling in Macau casinos seems to have escalated again recently, say several brokerages, citing on-the-ground checks.

Pawnshops are said by investment analysts to be a route whereby funds from mainland China can be moved cross-border – evading the normal currency export rules from the People’s Republic of China – by the purchase, typically via China UnionPay Ltd bank cards, of high-value goods such as watches or jewellery, and then their return for a cash refund.

Rumours had been circulating that late last week, two banks – Industrial and Commercial Bank of China (Macau) Ltd and Bank of China Ltd Macau Branch – had ordered the removal of UnionPay point-of-sale devices from what analysts termed either “pawnshops” or “jewellery shops” located in Cotai casinos.

Research teams from several brokerages in Hong Kong then went to Macau to make their own checks on the matter.

On Tuesday GGRAsia approached the Monetary Authority of Macao for clarification and more information on the situation, but had not received a reply by the time this story went online.

On Wednesday, Lui Che Woo, chairman of Macau casino operator Galaxy Entertainment Group Ltd, which runs the Galaxy Macau casino resort on Cotai, was asked about the UnionPay issue on the sidelines of the annual meeting in Hong Kong for his family’s legacy business, building materials conglomerate K. Wah International Holdings Ltd. Mr Lui was indirectly quoted by Chinese-language news outlet Sing Tao as saying that it might be connected with the Chinese government not wanting unchecked growth in the Macau industry. He added that his company would respect any policy or decision made by the Chinese government.

Analysts DS Kim and Sean Zhuang of JP Morgan Securities (Asia) Ltd said in a Wednesday update on the situation: “Pawnshops and jewellery shops inside casinos (both Cotai and peninsula) are no longer offering UnionPay cash-back services, as Macau banks withdrew their point-of-sale machines last week. Most of the shops do not seem to have a clear understanding of why or when (or if) they’ll get their UnionPay terminals back.”

The institution added that in its view “unregulated foreign exchange ‘gangs’ are still rampant inside casinos”. In early May the Macau authorities said they had conducted a crackdown on such activity. The news coincided with the release on social media of a video purporting to show a fight involving foreign exchange touts near one of the city’s landmark Cotai casinos.

JP Morgan added in its Wednesday note that most pawnshops and jewellery shops outside casinos – i.e., mostly those on Macau peninsula – still had their point-of-sale machines.

“At least for now, players can still get cash via UnionPay services, although it’s far more inconvenient than before.”

They added, referring to a segment of gambling customers that bet in high multiples but in cash rather than the credit extended to traditional high rollers in that market: “Our checks with premium mass hosts, operators, and junkets so far do not indicate a significant drop-off in demand beyond normal seasonality, although it’s too early to assess the trend.”

But JP Morgan added that premium mass play – which it estimated as 24 percent of Macau operator revenue and 32 percent of their earnings before interest, taxation, depreciation and amortisation – was the “most susceptible” to being affected by the move.

Analysts at Morgan Stanley Asia Ltd said in a Tuesday note: “We think that historical regulations (number of cards, amount of cash withdrawals and facial recognition) have not caused gross gaming revenue [trends] to slow down.”

But analysts Praveen Choudhary and Jeremy An noted that action in Macau – as a special administrative region of the People’s Republic of China – was likely to be part of a wider effort within China to crack down on irregular financing.

“According to China’s central bank, it will work closely with law enforcement agencies to crack down on irregularities in Internet finance, underground banks, and illegal foreign exchange trading,” they wrote.

Brokerage Sanford C. Bernstein Ltd said in a Tuesday memo: “The removal of the point-of-sale devices may be part of a campaign to enhance KYC (know your customer) technology, such as adding in facial recognition, for UnionPay transactions. This has already occurred with all ATMs in Macau. However, we view the removal of only point-of-sale devices from Cotai casinos as odd.”

Analyst Vitaly Umansky and his colleagues Zhen Gong, Cathy Huang and Kelsey Zhu stated: “When [Macau] ATMs were ordered to undergo KYC enhancement, the process was well explained and orderly… with no real impact to using such devices. Consequently, the [latest] move is likely broader and trying to make it more difficult for customers to utilise UnionPay in this manner directly in casinos.”

Former Macau junket operator Suncity Group had no commercial need to seek illicit gains from under-the-table betting via the “multiplier”, as the company had a huge gaming business... END_OF_DOCUMENT_TOKEN_TO_BE_REPLACED