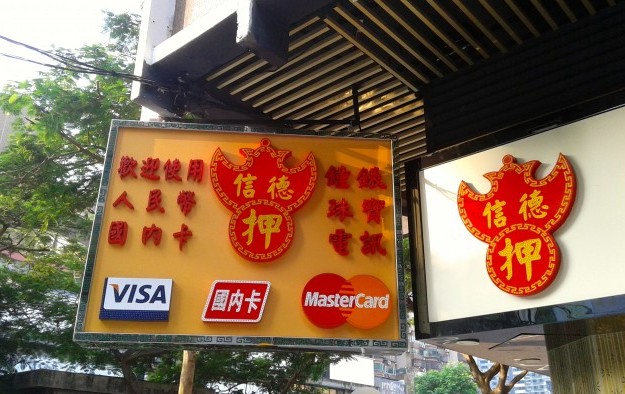 Restrictions on China UnionPay Co Ltd transactions; renminbi devaluation; and even the opening of Shanghai Disney Resort in mainland China, “are all near-term threats to Macau”.

So suggested a survey of 1,000 Chinese gamblers, conducted by AlphaWise, a research unit of Morgan Stanley. The results were included in a note published on Thursday by the investment bank.

“Dependence on UnionPay cards remains high at 60 percent [of those surveyed],” said the report, referring to the method used by many mainland visitors for cross-border access to cash while in Macau.

The AlphaWise survey summary added that “55 percent of gamblers said they would shorten their [Macau] stay or search for cheaper options if the renminbi depreciated”.

Bets in Macau casinos are mostly denominated in the Hong Kong dollar, a currency pegged against the U.S. dollar.

The theme park attraction is due to launch on June 16, according to its official website.

Morgan Stanley on Wednesday said that – compared to AlphaWise’s inaugural 2015 survey of Chinese gamblers – respondents reported shorter lengths of stay in Macau and lower average frequency of visits (from 4.4 to 3.3 visits per year). In addition, the survey found that total travelling budgets had declined for the respondents, “mostly due to decline in non-gaming spend”.

Investment analysts covering the Macau gaming industry are currently divided on whether the city’s casino sector could post a monthly year-on-year revenue growth in June, ending a slump that started in June 2014.

There were some “causes for optimism” for the remainder of 2016 regarding the Macau market, said commentary from Morgan Stanley analysts Praveen Choudhary, Alex Poon, Thomas Allen and Mark Savino that accompanied the AlphaWise survey results.

They stated that “26 percent of respondents said they intend to gamble more in Macau in the next 12 months because of the Wynn Palace opening; 70 percent still plan to go to Macau in the next 12 months.” That was a reference to the new US$4.2-billion Wynn Palace casino resort on Cotai from Wynn Macau Ltd. It is likely to launch in the third quarter, according to commentary in May by the parent firm Wynn Resorts Ltd.

A higher percentage – than hitherto – of those Chinese gamblers polled, are nonetheless choosing to visit casinos outside Macau, according to the AlphaWise survey.

“We saw a higher percentage of Chinese gamblers in Macau having been to other countries in the last 12 months, including [South] Korea, Singapore, Australia, Vladivostok [in Russia] and Saipan [in the U.S. Commonwealth of the Northern Mariana Islands], but fewer people gambled in Las Vegas compared to [the] previous survey,” it stated.

“High rolling Asians are coming less and less to [Las] Vegas,” noted Sheldon Adelson, chairman of Las Vegas Sands Corp, speaking on Wednesday in New York, at an investor conference organised by AllianceBernstein LP. Las Vegas Sands operates gaming resorts in Macau and one in Singapore, as well as in the United States.