Universal accuses Pagcor of bias in favour of Kazuo Okada 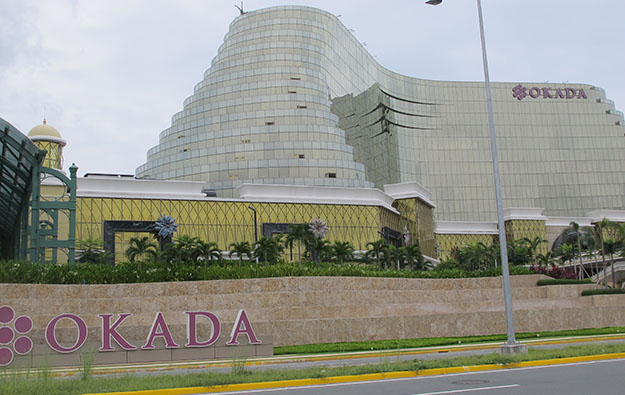 Japanese conglomerate Universal Entertainment Corp has issued a statement decrying the “biased involvement” of the Philippine casino regulator, the Philippine Amusement and Gaming Corp (Pagcor), in the dispute between the company and a group led by its founder, Kazuo Okada, involving control of the Okada Manila gaming resort.

The document stated that Universal Entertainment “vehemently denounced” the decision of Pagcor “to blatantly take the side of the usurper Kazuo Okada in the ongoing intra-corporate dispute.”

On Thursday, Pagcor issued a press release saying that it had on Tuesday a “monitoring team” deployed at the Okada Manila at the time representatives of Mr Okada had entered the premises. The regulator said its team had “monitored the situation with the purpose of protecting the interests of Pagcor and the government, and to ensure that operations are not disrupted and the welfare of the playing patrons is ensured.”

Universal Entertainment has described the action by Mr Okada’s side as a “violent” act of “takeover”. The group of the Japanese businessman has denied violence was involved.

In its statement, Universal Entertainment said other events had “confirmed Pagcor’s favour to the group of Kazuo Okada.” That included the regulator “recognising” Dindo A. Espeleta as TRLEI’s new representative to Pagcor, claimed the firm.

The Japanese conglomerate said: “Pagcor’s president and chief operating officer, Mr Alfredo Lim, was quoted [in Pagcor’s release] as saying that the takeover was peaceful and orderly – this despite the viral videos showing the complete opposite.”

Pagcor “is not authorised by law to adjudicate intra-corporate disputes,” stated Universal Entertainment, adding that the regulator was also “not permitted to exercise its regulatory powers by favouring a party in an intra-corporate dispute, a matter well within the jurisdiction of the Securities and Exchange Commission (SEC).”

It added: “Thus, it is a blatant disregard of the parties’ legal rights that Pagcor has shed its neutrality in this intra-corporate dispute by openly recognising the sham board without any legal and factual basis.”

Universal Entertainment said also that Pagcor’s “manifest bias is an act of graft and corruption under Republic Act 3019.”

Pagcor’s Thursday statement gave no opinion regarding the merits or otherwise of the action of Mr Okada’s side.

An email in mid-May to GGRAsia from casino equipment supplier Aruze Gaming Macau Ltd, a company founded by Mr Okada, had said a late-April court order in the Philippines would “restore the composition of the board of directors of TRLEI to the composition it had in 2017, before the dispute between Universal Entertainment Corp and Kazuo Okada began”.

The representatives of Universal Entertainment, that had until Tuesday been the sitting management at Okada Manila, had already countered in mid-May that the court order was only temporary, was being contested via the Supreme Court, and did not have the effect of handing Mr Okada’s side physical control of Okada Manila.

Mr Okada founded Japanese entertainment conglomerate Universal Entertainment – the ultimate parent of Okada Manila – and led it until 2017, when he was ousted after being accused of fraud, allegations he denies.

In 2017, Mr Okada had also been ousted from the board of TRLEI, the operating entity of Okada Manila, and TRLEI’s immediate parent, privately-held Hong Kong company Tiger Resort Asia.

In Friday’s statement, Universal Entertainment said that the court order referred “to the state of affairs that existed previously,” adding that the newly installed board of TRLEI “is not the status quo board in 2017.”

Casino equipment supplier Sega Sammy Creation Inc said in a Friday release it was debuting its Genesis Crest 43J cabinet in Asia. The product will be available at an in-person trade show, G2E Asia:... END_OF_DOCUMENT_TOKEN_TO_BE_REPLACED