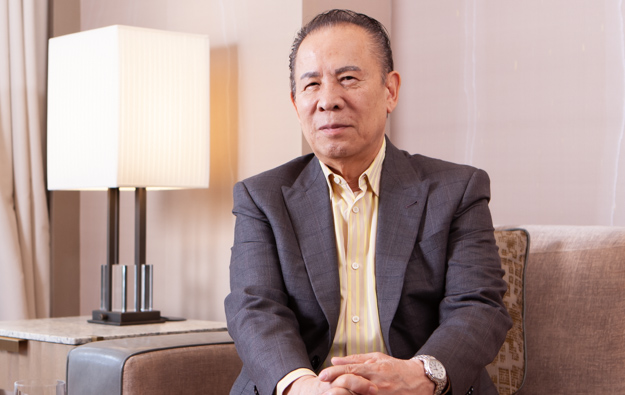 Entrepreneur Kazuo Okada (pictured) has told GGRAsia that unless he is restored as head of Japanese gaming conglomerate Universal Entertainment Corp, the group he founded, then the value of the business will be destroyed “in a year”, hurting not only him and his immediate family, but also the public shareholders.

“We are running out of time,” the businessman said in an extensive interview in Hong Kong conducted via an interpreter. GGRAsia is publishing the first part of the interview here.

“Universal Entertainment has been making a loss… The market for pachinko in Japan is shrinking,” he added, referring to a core business segment of the group in Japan’s domestic market.

Since Mr Okada made his comments about the health of the Universal Entertainment business, the Japanese group has reported a JPY172.5 billion profit in the second quarter 2018, compared to a JPY6.62 billion loss in the prior-year second quarter. The two figures are not directly comparable because in 2017 Universal Entertainment changed its fiscal year end to December 31.

Despite the well-documented challenges of Japan’s pachinko sector – with an ageing player base and gradually shrinking sales – two important assets that Universal Entertainment does currently control are the Okada Manila casino resort in the Philippines – which is being primed for an initial public offering next year – and US$2.6 billion in cash paid by Wynn Resorts Ltd earlier this year. The money was in settlement for the 2012 cancellation of shares held in the U.S. casino operator by Aruze USA Inc, a casino equipment business founded by Mr Okada but controlled by Universal Entertainment.

The story of Mr Okada’s rise in business – and his current predicament – could fill hundreds of pages of text. He was recently detained and interviewed by Hong Kong’s anti-graft authorities as they seek clarification regarding a slew of allegations and counter-allegations relating to his struggle to wrestle back control of the Universal Entertainment business.

Mr Okada is at pains to point out that he has passed previous scrutiny by the Nevada Gaming Control Board in the United States as a “suitable person” for a gaming licence for his casino gaming equipment manufacturing vehicle Aruze Gaming America Inc. He controls that independently, but there is nonetheless litigation going on between his side and Universal Entertainment regarding that casino equipment business.

A spokesman for the Nevada regulator said in an emailed reply to GGRAsia regarding the status of an investigation into Mr Okada stemming from the Universal Entertainment fraud allegations last year: “The investigation is ongoing and the Nevada Gaming Control Board’s policy is to not comment on active investigations.”

The Nevada Gaming Control Board did not comment regarding whether it planned to investigate specifically Mr Okada’s recent brief detention by Hong Kong’s Independent Commission Against Corruption (ICAC).

The encounter with ICAC is understood by GGRAsia to be part of the fallout from his struggle with Universal Entertainment’s current management. Mr Okada says he was detained – though not arrested, as claimed by Universal Entertainment in a filing – posted a bond and required to surrender his passport, before being allowed to leave.

Mr Okada’s side said that to publicise the specific allegations that prompted ICAC’s involvement would be prejudicial to his legal position. But the businessman’s camp concedes that even the fact of ICAC’s involvement risks prejudicing public opinion against him.

Mr Okada told GGRAsia: “The ICAC in Hong Kong has the authority to detain people or to arrest people. But being detained or arrested – and actually being charged – are completely different things.”

In any case, according to Mr Okada’s side, the powers of the ICAC and of the Hong Kong Police – in relation to powers of detention and arrest – are completely different to what happens in Japan.

“The ICAC or police in Hong Kong usually arrest people to interview them without probable cause and court order… relying on only one side’s accusation,” stated Mr Okada.

The powers of law enforcement in Hong Kong were “almost beyond imagination for Japanese citizens… because merely being arrested or detained can risk destroying a person’s reputation,” the entrepreneur noted.

Mr Okada added: “I truly believe that the purpose of people at Universal Entertainment is to damage me and completely destroy me so as to prevent me from taking back control [of the business]. They will do as much as they can to try and achieve that, not only in Hong Kong but also in other regions including the Philippines.”

He thinks the current Universal Entertainment management chose to try and apply pressure via the Hong Kong legal system because of his own criminal complaint against them, filed in Hong Kong.

“I believe the attack on me relates to wrong actions within Universal Entertainment in the past by other people. They are trying to cover up what they have done wrong, by attacking me,” he said.

GGRAsia approached Japan’s Universal Entertainment seeking comment on Mr Okada’s specific assertions, but had not received a response by the time this article went online.

In other commentary, Mr Okada claimed that the current management at Universal Entertainment did not have the flair and drive to replicate his business success.

“The situation in the [pachinko] market is hard. Now in particular is not the time to take my company [Universal Entertainment] away. There will come a time when taking back the company will no longer be worthwhile, because [without my leadership] there will be no value left,” Mr Okada told GGRAsia.

Pachinko sales accounted for half of Universal Entertainment’s JPY46.5-billion net sales in the second quarter ending June 30, according to its August 9 filing to Jasdaq Stock Exchange.

“Every step I am taking” to wrest back control of Universal Entertainment “is important,” stated Mr Okada.

“Without me, one year from now the company [Universal Entertainment] will be completely finished. It cannot survive without me and my vision,” he noted.