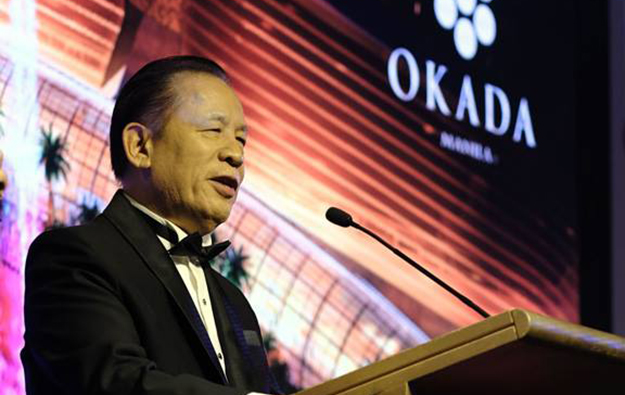 Japanese gaming conglomerate Universal Entertainment says it has received a completed version of an investigative report it commissioned to look at “potentially fraudulent acts” by its former chairman and director, Kazuo Okada (pictured). The Japanese businessman has denied any wrongdoing.

But the firm is currently holding back publication of the dossier while it decides whether to edit out “parts unfit for disclosure from the standpoint of protecting the business secrets of the company and its business partners, protecting the privacy of individuals, and so forth,” it said in a Wednesday press release.

Nonetheless the company asserted in its release that the ultimate version was being prepared by members of a special investigation committee – described previously as external experts and auditors – “with no involvement by officers and employees of the company”.

The Japanese conglomerate announced in early June that it had established an investigative panel to probe Mr Okada’s use of company money. Universal Entertainment said it had found three cases in which Mr Okada was suspected of misappropriating company funds.

The Japanese firm said on June 8 that it had suspended the leadership powers held by Mr Okada, accusing him of “a serious violation of governance”.

Mr Okada was ousted of Universal Entertainment’s board of directors at an annual meeting on June 29, when the firm’s shareholders approved a new slate of directors.

In July Reuters news agency reported – citing a court filing and an interview with Mr Okada – that he had filed a lawsuit in Hong Kong against his son, daughter and wife in an attempt to regain control of Okada Holdings Ltd, a Hong Kong-based firm said to hold a 67.9-percent stake in Universal Entertainment.

Yoshinao Negishi, a former director and general manager of the administrative division of Universal Entertainment, has also been accused by that company of wrongdoing.

In July, Andrea Domingo, head of the Philippine Amusement and Gaming Corp, that country’s casino regulator, said  the operations of the Okada Manila casino resort in Manila should not be affected by Universal Entertainment’s investigation into Mr Okada.

The imminent return of package tours from mainland China will not only help boost Macau’s tourism businesses, but is also expected to help casinos gain more foot traffic in their mass gaming... END_OF_DOCUMENT_TOKEN_TO_BE_REPLACED