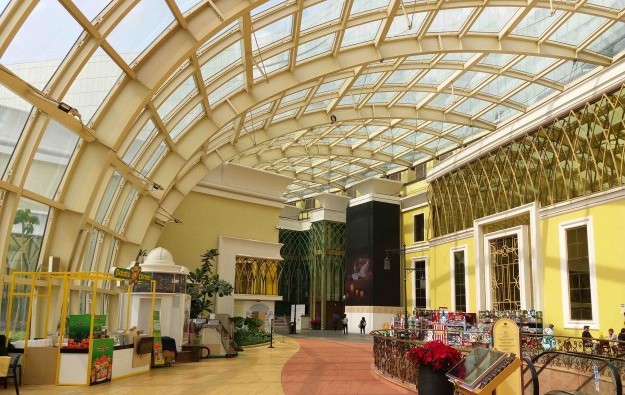 Universal Entertainment Corp said in a Friday release after a board meeting that it proposed to delay by three months – to September 30, from June 30 – the deadline for one its units linked to the Okada Manila casino operation to be listed on Nasdaq.

That was to be effected by merging the unit – Universal Entertainment Resorts International Inc – with 26 Capital Acquisition Corp, which is itself already listed on Nasdaq.

Universal Entertainment said a factor in the proposed delay – which will need the agreement of 26 Capital – was that on May 31, “a group acting under the direction of Mr Okada intruded into the Okada Manila facility operated by TRLEI [Tiger Resort, Leisure and Entertainment Inc] and usurped the facility and its operation.”

That was a reference to Kazuo Okada, a Japanese entrepreneur who founded Universal Entertainment, the TRLEI entity and the Okada Manila resort (pictured), but was ousted from those companies in June 2017, after being accused of fraud. He denied the allegations.

Who exactly controls the TRLEI entity is currently being disputed by steps including civil court action and criminal complaint.

Friday’s release from Universal Entertainment noted that on April 27, the second division of the Philippine Supreme Court had issued a so-called “status quo ante” order, saying the TRLEI board composition prior to Mr Okada’s removal, should be observed.

Universal Entertainment said the group “filed a motion to ask the second division of the Supreme Court to reconsider or revoke its status quo order,” and had also “filed criminal charges“ with the Department of Justice of the Philippines for the “offences,” relating to the physical takeover of Okada Manila by Mr Okada’s side.

Another press release in the name of Universal Entertainment was issued via the Philippines on Friday.

It said the group had “formally opposed the attempts of the Kazuo Okada-led board to update” TRLEI’s “general information sheet, warning the Securities and Exchange Commission of the unscrupulous move”. TRLEI is a Philippine-registered company.

It further stated that the “legitimate officers of TRLEI” highlighted in the letter to the securities commission that the “sham board was ‘irregularly elected’ and that the proposed general information sheet containing their election was ‘invalid’.”

The stock prices of Hong Kong-listed firms directly linked to Macau casino operations rose in Monday trading, following the Saturday announcement that the six incumbent licensees had each been... END_OF_DOCUMENT_TOKEN_TO_BE_REPLACED