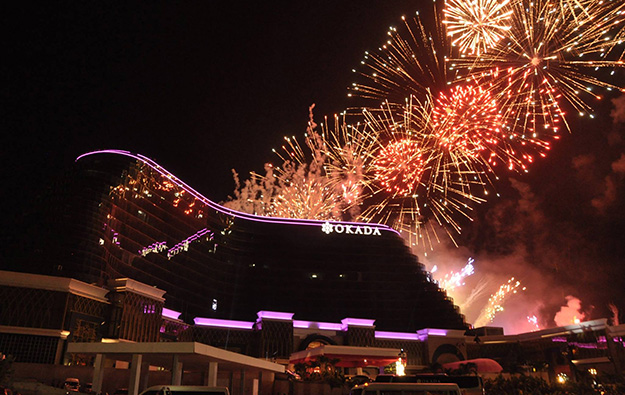 Japanese firm Universal Entertainment Corp announced on Thursday two exercises for disposal of treasury shares, with the money raised to be spent on its Okada Manila casino resort in the Philippines.

Universal Entertainment said in a filing to the Tokyo Stock Exchange that its board had approved the disposal of 5.5 million treasury shares through an international offering outside Japan. The company’s board also approved the issuance of stock acquisition rights via a third-party allotment to Deutsche Bank AG.

The two exercises are expected in aggregate to generate more than JPY23 billion (US$199 million) for Universal Entertainment.

The firm said the net proceeds would be earmarked for subsidiary Tiger Resort, Leisure and Entertainment Inc, which operates Okada Manila (pictured). Tiger Resort would use the funds for “working capital necessary for carrying out its stable business operation at Okada Manila, personnel costs for increasing [the number of] employees, and proactive marketing activity for attracting high value customers and expanding overseas bases,” the company stated.

The US$2.4-billion Okada Manila had a soft opening on December 21, and officially launched its casino operations on December 30. The ‘grand opening’ of Okada Manila has been flagged by the scheme’s operator as at the “end of March”.

Okada Manila is said to have space for up to 500 gaming tables and 3,000 electronic gaming machines, according to the project’s promoter. It will also have a two-wing hotel with 993 rooms.

Package tours from mainland China to Macau will resume on Monday, February 6, confirmed Macau’s Secretary for Economy and Finance, Lei Wai Nong, in a Friday press conference. The return of package... END_OF_DOCUMENT_TOKEN_TO_BE_REPLACED