Up to 2 years of Japan casino permit battle ahead: Spectrum 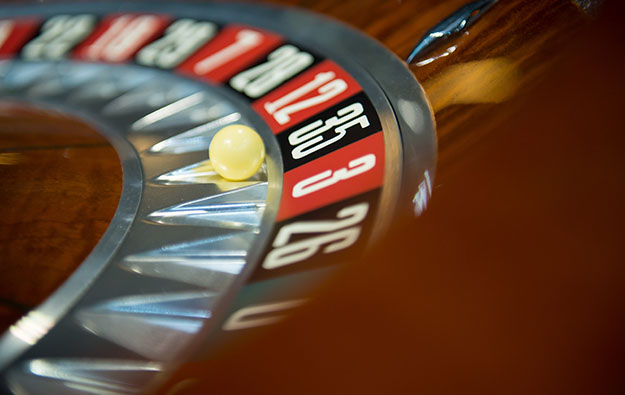 Spectrum Gaming Group says it expects a “battle” lasting up to two years to determine the respective recipients of possibly three Japan casino licences; even after that country’s Integrated Resorts (IR) Implementation Bill is in likelihood passed next year.

“After a decade of debate and missed opportunity, casino gaming in Japan is expected to be legalised in 2018. A battle is then anticipated over the following one to two years between international operators and domestic corporations for one of the three expected licences,” stated Spectrum in its “Top 10 Gaming Industry Trends for 2018” published on Tuesday.

It is the 14th edition of the New Year casino industry trends list from Spectrum, a research and professional services firm that does work including due diligence on behalf of casino sector investors, operators and regulators. Spectrum, based in Linwood, New Jersey, in the United States, has two associated businesses – Spectrum Asia, based in Bangkok, Thailand; and Spectrum Gaming Capital, based in New York City. in the U.S.

“Of all the years that Spectrum has been tracking trends, 2018 should prove to be the most significant as political, technological, demographic and regulatory changes converge in markets around the world,” said Spectrum managing director Michael Pollock, in a prepared statement issued with the lookahead.

Japan’s government has indicated it wanted to put a problem gambling bill – widely seen as a necessary precursor to passage of the IR Implementation Bill – to the country’s parliament before the end of the current legislative session on December 9.

But casino operator Wynn Resorts Ltd – a suitor for a Japan permit – expected an update on outstanding legislation for Japan’s nascent casino industry only in the spring, said Deutsche Bank Securities Inc in a November 21 note, citing recent meetings with company management in New York City.

Matt Maddox, president of Wynn Resorts, stated during the firm’s third-quarter earnings call in late October, that the company anticipated there would be a “long process” in order to set up a Japanese casino industry even after the passage of necessary legislation, but the political environment seemed encouraging.

Regarding the Macau market, Spectrum noted in its 2018 preview that China’s anti-corruption drive would be entering “its sixth year”.

It has been broadly reported that a wide-ranging campaign against graft began in China following the conclusion of the 18th National Congress of the Communist Party of China in late 2012, during which the then national leader President Hu Jintao was succeeded by Xi Jinping as general secretary of the party. Mr Xi became China’s President in March 2013. Investment analysts have said that the anti-corruption drive contributed to more than 24 months of year-on-year decline in Macau casino gross gaming revenue, which only turned back to growth in August 2016.

“As the crackdown on corruption in China continues into its sixth year and new [Macau] property openings are scheduled for 2018, there are still challenges ahead for the market,” stated Spectrum.

“A second major wave of new property openings (from small-scale to full integrated resorts) is expected in Asia (most notably Macau, South Korea, the Philippines, Cambodia and Vietnam) in 2018,” noted the firm.

“Spectrum does not foresee that the broader regional gaming market will become oversaturated as a result of these changes… Emerging markets in Africa, Asia and parts of Europe will look to the integrated-resort model as a means of growing their tourism industries and generating tax revenue,” added the company.

Spectrum also said it thought so-called skill-based casino gaming – where a percentage of the return to player is reserved for a player activity relying on skill – would “ramp up”, with new product offerings from “both the traditional equipment suppliers and skill-based leaders Gamblit [Gaming LLC] and GameCo [Inc].”

Spectrum further noted that with the emergence from bankruptcy of a unit of Caesars Entertainment Corp, that U.S.-based casino group would “become a renewed force in global gaming expansion and consolidation”.

Caesars has told GGRAsia that a foreigner-only casino resort at Incheon, South Korea, that the group is developing with a local partner, involves a total capital budget of approximately US$800 million.

China has moved one step closer towards reopening, by relaxing some its Covid-19 control measures, with most infected people now able to quarantine at home rather than in state-sanctioned... END_OF_DOCUMENT_TOKEN_TO_BE_REPLACED