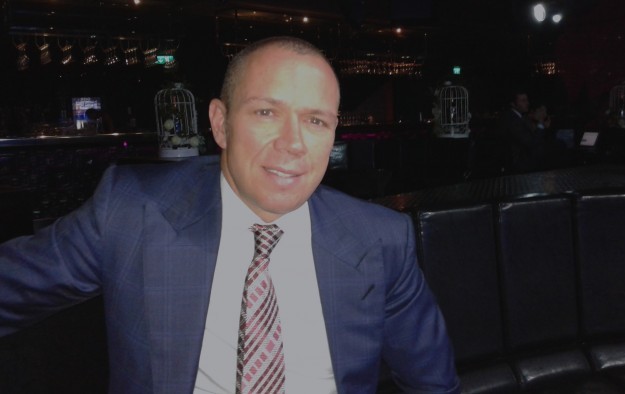 Capital returns on new Macau casino projects are likely to remain three times higher than for similar schemes in the U.S. and other markets outside the Asia Pacific region, said Aaron Fischer (pictured) of brokerage CLSA Ltd in a keynote address in the city on Thursday.

He said that was driven in part by average minimum bets in the mass-market segment of around HKD2,000 (US$258) – a figure Mr Fischer said was 10 times higher than for the mass segment in the U.S. market – and by untapped demand from China. His firm thinks there is likely to be a doubling in the number of Chinese people going on outbound trips from the mainland between now and 2020, from 100 million per year to 200 million per year.

Mr Fischer, regional head of consumer and gaming research for CLSA, was at an event to announce the programme for the casino industry trade show and conference Global Gaming Expo (G2E) Asia 2015, organised by Reed Exhibitions and the American Gaming Association. It is to be held from May 19 to 21 in CotaiExpo at the Venetian Macao.

While G2E Asia serves the whole of the regional industry and not just Macau, the health of the Macau market is generally seen as an important indicator of sales potential in Asia Pacific for casino technology firms and for casino services suppliers. Macau is also seen as an indicator of the appetite of outbound tourists from China to spend money on leisure and entertainment across the region.

China’s central government has repeatedly stressed in the past two years that it expects Macau to focus more on non-gaming attractions. At the same time, greater official scrutiny of high roller gambling in the territory along with macroeconomic factors including a softer property market in China squeezing consumers’ access to cash have contributed – according to a number of analysts – to the retreat of the VIP segment.

“The need to invest more in non-gaming means the returns for companies are coming down,” stated Mr Fischer in his speech.

“The return on invested capital is coming down from 50 percent to the bottom of about 30 percent. But this lower return is still three times higher than the returns on these kinds of projects in the U.S. and Australia and other parts of the world,” he added.

“So although the returns are coming down, they are still going to be stabilising at extremely high levels, and that’s why we are telling investors to keep buying Macau gaming stocks.”

Mr Fischer said that unusually high 40 percent growth in Macau’s gross gaming revenue (GGR) seen in February 2014 had made year-on-year comparisons for the first half of 2015 difficult.

“We think February will represent the trough in the bad news…The good news starts from the second half of this year when the comparable base becomes much easier and we have some new [casino] openings. We have eight major casinos opening in the next few years, and they start in the second half [of 2015] with [Galaxy Entertainment Group Ltd’s] Galaxy Phase 2 and then Melco [Crown Entertainment Ltd] with Studio City.”

He suggested that the mass-market segment was going to be the future driver of Macau growth.

“I think if you look back over the past couple of years, if you were someone living in China and were a very wealthy person that was very interested in gambling, there’s a good chance that someone in Macau had ‘caught’ you and brought into Macau at some point to gamble in the VIP segment or the premium mass-market segment.

“But we believe there are millions of people in China that would like to come to Macau and have a broad-based experience over a weekend – stay in a nice hotel for maybe HKD2,000 per night, try different types of cuisine, visit nightclubs, visit shows – that type of customer hasn’t had access to Macau because they haven’t had the hotel rooms,” said Mr Fischer.

CLSA forecast in a report on January 9 that between 2014 and 2018 the number of gaming tables in Macau is likely to rise by 40 percent – from 5,700 to 8,150. The number of hotel rooms controlled by gaming operators should rise by 70 percent in the same period – from 16,144 to 27,444. The estimates were based on CLSA’s own research and analysis of operator statements, Macau government data and work by economic research firm CEIC Data.

Mr Fischer added his firm was “very excited” about the prospects for Asian markets in general.

“We’re very excited about the potential in Japan. We’re hoping the legislation gets passed in 2015, with large-scale casinos around 2020.

“We’re very, very excited not just about Macau’s future but the whole gaming market in Asia. We still think that there is an exciting tourism story that’s being played out here. We think the number of [outbound] Chinese tourists will increase from 100 million per year up to 200 million per year by 2020. And there are lot of places around Asia that will benefit from that secular story.”

A cut of 5 percentage points in the tax levied on Macau gross gaming revenue (GGR “would be equivalent to a 12 to 15 percent boost” to estimated industry earnings before interest, taxation,... END_OF_DOCUMENT_TOKEN_TO_BE_REPLACED