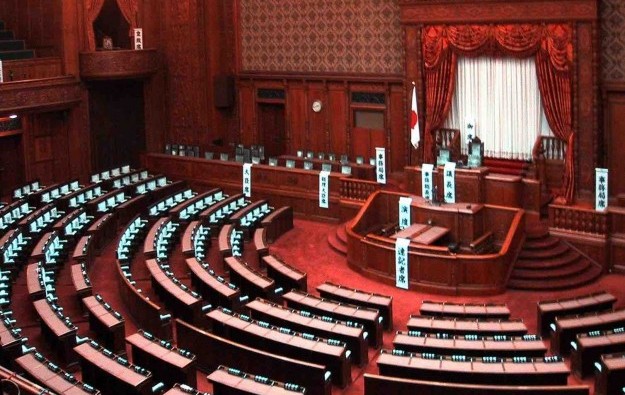 A committee serving the Japan parliament’s upper house (pictured) has started scrutinising the Integrated Resorts (IR) Implementation Bill but is likely to spend more hours discussing it than did the lower house. That is according to statements made to the media by representatives of the governing coalition – which is formed of the Liberal Democratic Party and its junior partner Komeito – and conveyed to GGRAsia.

But the bill is still likely to be passed by lawmakers before the end of the current – extended – ordinary session of parliament due to conclude on July 22, according to the same sources. That is despite the recent natural disaster in western Japan that spurred a visit to the affected region on Wednesday by Prime Minister Shinzo Abe.

The online English-language version of the Mainichi newspaper reported that as of Thursday, the death toll from floods and mudslides caused by torrential rain on that side of the country had reached 200. Of those fatalities, more than half occurred in Hiroshima and neighbouring Okayama prefectures, according to an analysis by the Kyodo News agency.

Based on information gathered by GGRAsia, a committee of the House of Representatives, the lower chamber of parliament, had previously spent 18 hours discussing the IR Implementation Bill before the lower body passed it on June 19.

The bill is the second of two pieces of legislation designed to establish the legal framework for a legalised casino industry in that country.

A committee of the upper house, the House of Councillors, was due to discuss again the IR Implementation Bill on Friday afternoon. The upper house had already spent 12 hours on the issue up until the end of Thursday – starting with a committee session on Tuesday and another session on Thursday – according to information obtained by GGRAsia.

Key points in the draft bill are reported to include: an initial cap of three casino resorts nationwide; a 30 percent tax on casino gross gaming revenue (GGR); and an entry levy of JPY6,000 (US$53) for Japanese citizens and residents wishing to enter such venues.

A separate piece of legislation related to the nascent casino industry; the Basic Bill on Gambling Addiction Countermeasures, was passed by parliament on July 6.

The Pragmatic Play brand, a leading content provider to the iGaming industry, says it has signed a deal to launch its complete slot portfolio on the bet365 online wagering platform. As a result,... END_OF_DOCUMENT_TOKEN_TO_BE_REPLACED