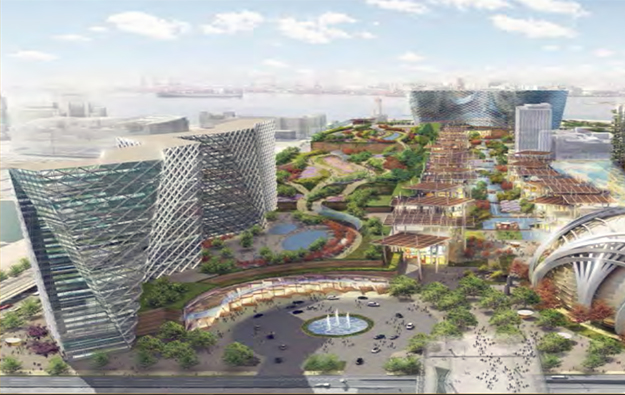 A potential US$10-billion price tag on a Japan casino resort is “a good number to use at this point in time”, said James Murren, chairman and chief executive of U.S.-based casino operator MGM Resorts International, in comments reported on Wednesday by the Wall Street Journal newspaper.

Mr Murren gave a presentation on Wednesday at the CLSA Japan Forum 2017, an investor conference in the Japanese capital Tokyo, organised by brokerage CLSA Ltd.

MGM Resorts had declared itself a candidate for a Japanese casino gaming licence long before lawmakers in that country passed on December 14 a bill to legalise such business.

Some investment analysts have said it could be beyond the year 2021 before the first Japanese casino resort opens. This is due to factors including an ongoing debate within Japan on topics including gambling addiction, and the need for a second piece of legislation to create the regulatory framework for the industry and the location of venues.

Ian Coughlan, president of Macau casino operator Wynn Macau Ltd, who spoke at the CLSA event, was quoted by the Wall Street Journal as saying it was particularly misleading to think of a casino resort as a place “from the 1950s with a lot of crime”.

The newspaper also reported that last week the Japan Federation of Bar Associations – a professional body for lawyers – and parties from Japan’s parliamentary opposition met to discuss plans to block casino legalisation, citing concerns including money laundering and gambling addiction.

The likely complexity and scale required in order for projects to woo Japanese decision makers – and the potential returns that have been touted – mean some suitors are declaring their interest prior to the second-stage legislation.

CLSA has estimated that a Japanese casino industry – with just two resorts in major cities – could generate US$10 billion in annual revenue, growing to US$25 billion with more locations, news agency Reuters has reported.

Mr Murren had already mentioned a potential spend of US$9.5 billion by MGM Resorts in Japan, in comments during the autumn.

A document posted on MGM Resort’s corporate website following Mr Murren’s appearance at this week’s CLSA Japan Forum, said the company pledged to: “design an integrated resort that honours Japan’s values and traditions”; “collaborate with many Japanese companies”; and “be a trusted dependable partner”.

The term “integrated resort” is a euphemism widely used in the casino industry to promote the concept of a casino complex that also provides an economic multiplier effect via conference and entertainment facilities that attract new visitors to a place.

MGM Resorts’ website posting said the firm was the largest provider of meetings, incentives, conferences and exhibitions in the Las Vegas market.

The document added that were – as an example – one integrated resort to be set up in Tokyo and one in Osaka, then combined they would represent: JPY1.9-trillion (US$16.8-billion) of initial investment as a one-time impact; plus “JPY2-trillion of annual direct visitor spending, of which JPY830 billion represented additional inbound spending” on an annual basis.

MGM Resorts added that such projects could create 60,000 jobs on a direct basis – i.e., on-site and ancillary – with up to 120,000 more posts of an unspecified nature.

The presentation also gave examples – via artists’ renderings – of possible resort designs for Tokyo (pictured) and for Yokohama.

One of MGM Resorts’ rivals in the United States and Macau gaming markets – Sheldon Adelson, chairman and chief executive of casino firm Las Vegas Sands Corp – had on Tuesday at the CLSA Japan Forum suggested capital expenditure on a Japanese resort in the range of US$6 billion to US$10 billion.

Lawrence Ho Yau Lung, chairman and chief executive of Asian casino developer Melco Crown Entertainment Ltd, gave a presentation on Wednesday at the same conference, with the firm issuing a statement later that day quoting the businessman saying there was “no predetermined cap on our intended investment in Japan”.

Another foreign suitor seeking a slice of the as yet unproven market for casino gambling out of Japan is Hard Rock International Inc. Its chairman James Allen said on Tuesday it wanted to offer a potential Japanese partner a stake of around 40 percent in any project.