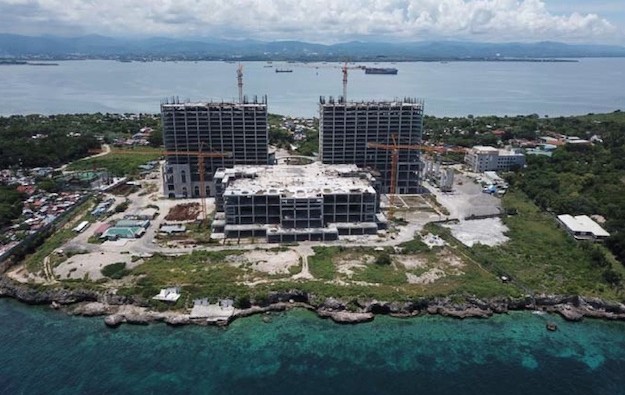 The net proceeds from the exercise will be used to fund in part the completion of the first phase of the company’s under-construction Emerald Bay casino resort project (pictured on September 9), located in Mactan, Cebu.

The firm has appointed Unicapital Inc, and Abacus Capital and Investment Corp as its lead and co-lead underwriters respectively, for its follow-on offer.

Mr Uy was cited in the announcement as saying the regulator’s preliminary approval for the exercise represented “another milestone on the way to completing Emerald Bay”.

The document reiterated that Emerald Bay was being developed in two phases. On completion of the first one – the company hopes that will be the second quarter of 2022 – the venue will have an aggregate 122 gaming tables for mass-, premium mass-, and junket-market play; plus 600 electronic gaming machines and what the announcement termed “270 hotel-room bays”.

PH Resorts Group noted in the release that its management was “pushing for” a soft opening of the casino resort project by “the end of 2021”.

The company said it had a seven-year “exclusivity agreement” with the city government of Lapu-Lapu for the Emerald Bay project. It would start from the time when commercial operations begin, added the statement.

“Our location, in the largest urbanised area in the Visayas-Mindanao region, close to a major international airport; the seven-year exclusivity; and the offering of a high-quality vacation beach experience, creates the perfect scenario for a successful integrated resort,” stated the group’s chief operating officer José Angel Sueiro, as quoted in the Monday release.

The Emerald Bay project would eventually host 146 gaming tables and 729 electronic gaming machines, as well as 780 hotel room bays and five villas, PH Resorts Group said in a July release. In May last year, the company had indicated that it would spend US$600 million on the Cebu casino resort project.