US$39mln maybe for other SJM self promoted sites: Daiwa 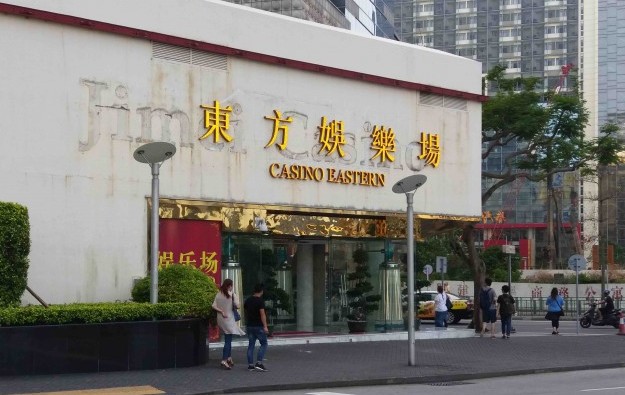 Brokerage Daiwa Capital Markets Hong Kong Ltd says Macau casino operator SJM Holdings Ltd might need to spend up to another HKD300 million (US$38.2 million) on buying the gaming areas at two other “self-promoted” casino venues of the group. That is aside from committing to HKD1.9-billion in convertible bonds to acquire the premises of Oceanus, a venue with a casino, located near the city’s Outer Harbour.

In a Friday note, analyst Terry Ng identified the relevant SJM Holdings properties as Casino Eastern (pictured in a file photo), on Macau peninsula, adjacent to the Artyzen Grand Lapa Macau hotel; and Casino Taipa inside the Regency Art Hotel, in Taipa. Casino operations at the latter venue have been suspended, as the hotel is being used for quarantine purposes as a countermeasure against Covid-19.

The note did not mention the current owning entities for those gaming venues. The Oceanus venue is controlled by a unit of privately-held Sociedade de Turismo e Diversões de Macau SA (STDM), the majority shareholder of SJM Holdings.

SJM Holdings is paying HKD516 million for the non-gaming areas of Oceanus, and HKD1.39 billion for the venue’s gaming area. Oceanus is a four-story building comprising approximately 39,242 square metres (422,397 sq. feet). Approximately 34.6 percent of the complex’s area is being used to operate the casino business, according to the gaming firm.

“The breakdown of the market values of gaming, HKD102,387 per square foot, and non-gaming areas, HKD20,104 per sq. foot, serve as a benchmark for the potential acquisition costs for the gaming areas of Casino Eastern and Casino Taipa, which we estimate to be in the range of HKD200 million to HKD300 million,” said Daiwa.

A note from JP Morgan Securities (Asia Pacific Ltd) the same day, also offering commentary on the Oceanus deal, had mentioned the topic of Casino Eastern and Casino Taipa, but had suggested “SJM will probably cease operations” at those properties, with the brokerage describing them as “very small” sites that “didn’t make any meaningful profit even before Covid”.

Daiwa’s note on Oceanus nonetheless said that “to fulfil the requirements” under Macau’s current gaming law, “we may see a similar acquisition,” as announced for Oceanus. Under the existing legislation, gaming areas revert to the Macau government at the end of a concession contract, in the event the same business does not get a fresh concession.

This could involve acquiring the site of “gaming operations” at those other SJM Holdings’ “self-promoted casinos not currently owned by SJM leading up to the original concession expiry date; 26 June 2022,” added Daiwa’s Mr Ng.

Respective requests by Macau’s six casino operators to extend their present concessions until December 31, as the city’s government prepares for a new concession tender, are still to be approved by the local authorities.

Casino equipment supplier Sega Sammy Creation Inc said in a Friday release it was debuting its Genesis Crest 43J cabinet in Asia. The product will be available at an in-person trade show, G2E Asia:... END_OF_DOCUMENT_TOKEN_TO_BE_REPLACED