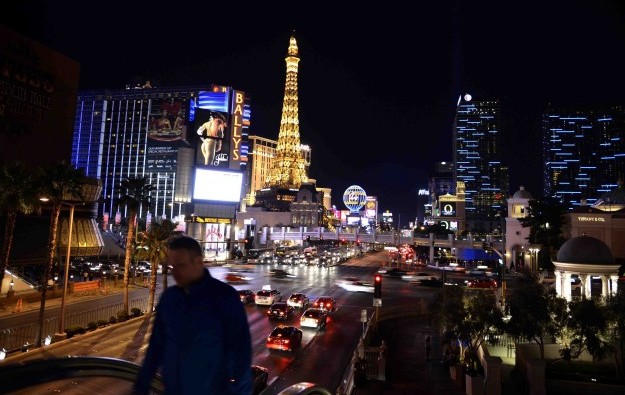 As Asian players become more important for casinos in Las Vegas, it is likely that operators will strengthen the use of Asian languages in games, not only to tap into the large pool of Asians living in the U.S. but also to attract more visitors from Asia, says a leading gaming scholar.

“There is definitely the potential for this,” David Schwartz, the director of the Centre for Gaming Research at the University of Nevada Las Vegas, told GGRAsia.

Mr Schwartz said the trend is not new. “Most of the major casinos will have dealers who can speak [Asian] languages – many have dedicated Asian gaming pits featuring games that are popular with Asian players.”

Last month, Mr Schwartz penned an article titled “The Language(s) of Gaming”, published in Vegas Seven magazine. There, he argued there is a trend in Las Vegas for casinos to offer games in a bilingual format.

“Now the challenge is to reach previously untapped markets, something that can be done by conducting games in a language other than English, whether it’s Mandarin or Spanish. Casinos used to prosper by catering to the broad middle; now they are catering with greater focus to a variety of smaller groups,” he wrote.

The number of Chinese tourists to the U.S. as a whole rose 23 percent to 1.81 million in 2013, according to data from the U.S. National Travel and Tourism Office.

Consulting firm HVS International Inc said in a report issued earlier this month that Las Vegas “should continue to tailor language, products and services to the Chinese market”. HVS added that gaming operators with operations in both Asia and in Las Vegas are already “implementing cross-marketing, as these operators can benefit from lower tax rates in Las Vegas versus Asian markets”.

In May, the president and chief executive of the American Gaming Association, Geoff Freeman, told GGRAsia that Asian casino operators were “absolutely welcome” in the United States.

The percentage of tourists to Las Vegas identifying themselves as Asian or Asian American has risen to 12 percent in 2013 from only two percent in 2009, according to the Las Vegas Visitor Profile Study 2013, published by the Las Vegas Convention and Visitors Authority.

Asked by GGRAsia if the usage of Mandarin or any other Asian language in casino games in Las Vegas may raise regulatory issues, Mr Schwartz said it depended on the language used.

“If the dealer and patron are speaking a language that no one else can, there may be concerns over possible collusion. Having supervisors who are also fluent speakers can circumvent this problem,” the scholar explained.