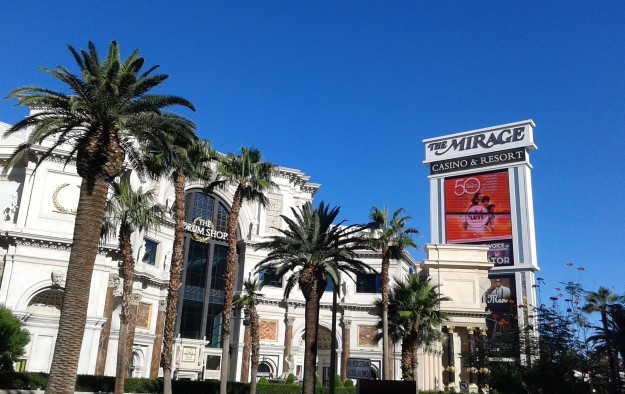 Research from AlphaWise and Morgan Stanley Research Ltd suggests that Las Vegas is more dependent on regular and current Macau gamblers than investors and the market had understood.

A number of investment analysts have previously suggested that Macau’s VIP gambling downturn – linked to a combination of a corruption crackdown in mainland China, reduced junket capital liquidity and extended credit cycles for player repayments on gambling losses – might lead to a displacement of players. That in turn was thought to indicate the potential for a windfall gain for other jurisdictions in Asia and the U.S. as Chinese players migrate to other playgrounds.

But online polling “pointed to a larger-than-expected overlap in Macau and [Las] Vegas gamblers: over the previous 12 months, 33 percent of Chinese gamblers had gambled in Vegas, and 57 percent of Macau gamblers had also been to Vegas,” said a Morgan Stanley research paper issued on Monday and documenting the findings. It said the report was based on a survey of 1,000 “Chinese and U.S. gamblers”.

A possible implication is that if China’s corruption crackdown is hitting the Macau casino gross gaming revenue (GGR) numbers it could – or might soon – also negatively affect those for Las Vegas, said the paper from Thomas Allen and Mark Savino in New York, and Praveen Choudhary and Alex Poon in Hong Kong.

“Because we expect Macau gaming revenue to decline in 2015, and given the higher-than-expected percentage of Chinese who travel to Vegas to gamble, we see risk to Vegas gaming revenue in 2015,” said Morgan Stanley. The institution added it was cutting 2015 GGR estimates for Las Vegas to a decline of 2 percent year-on-year, versus a prior estimate of a 2 percent gain for this year.

Mr Choudhary’s team at Morgan Stanley Research Asia Pacific said in a report in March it estimated that – during 2014 – a total of 8 percent of the global VIP gambling market had simply disappeared, while another portion of VIP roll had migrated to casino markets outside Macau.

Some positive correlation between the fortunes of Las Vegas and that of the performance of the Asian casino gaming jurisdictions – and of Macau in particular – has long been noted.

In July last year, HVS International Inc, a consulting and services company that focuses on the hospitality, gaming and leisure industries, stated in a report that casinos with operations in both Asia and in Las Vegas “are implementing cross-marketing, as these operators can benefit from lower tax rates in Las Vegas versus Asian markets”.

Nevada does however have sales tax applicable to many non-gaming consumer purchases, which analysts say must be factored when judging the relative attractiveness of Nevada as leisure destination. Clark County, where the Las Vegas Strip (pictured) is located, levies the sales tax at 8.1 percent, according to the county’s official website. Macau has no sales tax on consumer purchases.

In its latest report, the Nevada Gaming Control Board noted that baccarat win (i.e. the amount staked minus prizes paid) on the Las Vegas Strip fell by 4.02 percent year-on-year to US$326.1 million for the three months to March 31.

In Macau, in the equivalent period, a different measure of performance – total revenue from baccarat games including mass and VIP baccarat – fell by 38 percent from a year earlier to MOP58 billion (US$7.3 billion).

The imminent return of package tours from mainland China will not only help boost Macau’s tourism businesses, but is also expected to help casinos gain more foot traffic in their mass gaming... END_OF_DOCUMENT_TOKEN_TO_BE_REPLACED