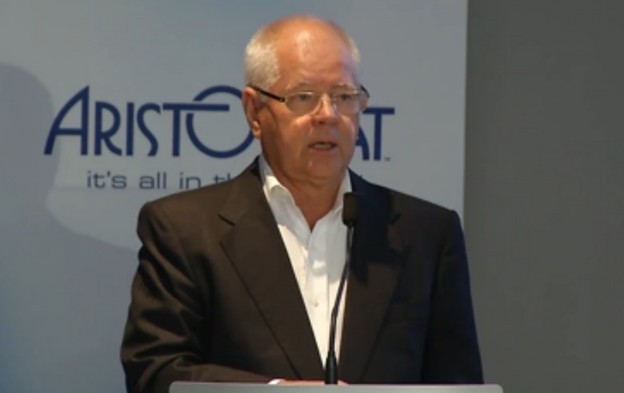 “In every respect, from strategic fit to operational impact and cultural alignment, the VGT acquisition is delivering fully against our expectations, and the board is delighted with the progress and momentum achieved to date,” said Mr Blackburne at Aristocrat Leisure’s annual general meeting on Wednesday.

The Australia-based slot machine supplier had already announced its preliminary results for fiscal 2015 in November. Aristocrat Leisure said at the time that strong sales in North America and Australia boosted its full-year earnings for the 2015 financial year, with revenues increasing by 88.6 percent year-on-year to AUD1.6 billion (US$1.15 billion).

“I would particularly highlight the contribution VGT made to lifting both operating cash flow and recurring revenue at the group level,” Mr Blackburne said on Wednesday.

“Aristocrat’s leverage ratio improved from 3.6 times pro forma at the announcement of the VGT acquisition to 2.6 times at period end, comfortably within our expectations, and debt continues to be paid down,” he added.

Aristocrat Leisure acquired VGT in July 2014 for US$1.28 billion. VGT is a provider of gaming machines for the tribal gaming market in North America.

Jamie Odell, chief executive of Aristocrat Leisure, said the Australia and New Zealand business delivered an “outstanding result” for the fiscal year ended September 30, 2015. Performance across the other segments was also positive, with Aristocrat Leisure “achieving market-leading share” in the new casino openings in Macau, said Mr Odell at the shareholders meeting.

Asked to comment on the recent announcement that gaming technology provider Novomatic AG is to acquire a majority stake in Australia-based slot machine maker Ainsworth Game Technology Ltd, Mr Odell said such deal would have no impact on how Aristocrat Leisure conducts its business.

“Novomatic is a well-respected European family business … but we don’t see any difference in the way we look at our competitors. We look to outperform all of our competitors … that change of ownership doesn’t change our view and we’ll continue to drive performance in all of our markets,” said Mr Odell.

Ainsworth Game on Tuesday announced that its executive chairman, Len Ainsworth, has agreed to sell his 53-percent stake in the company to Novomatic for a total cash consideration of about AUD473.3 million. The deal is still subject to regulatory and shareholders approvals.

Casino equipment supplier Sega Sammy Creation Inc said in a Friday release it was debuting its Genesis Crest 43J cabinet in Asia. The product will be available at an in-person trade show, G2E Asia:... END_OF_DOCUMENT_TOKEN_TO_BE_REPLACED