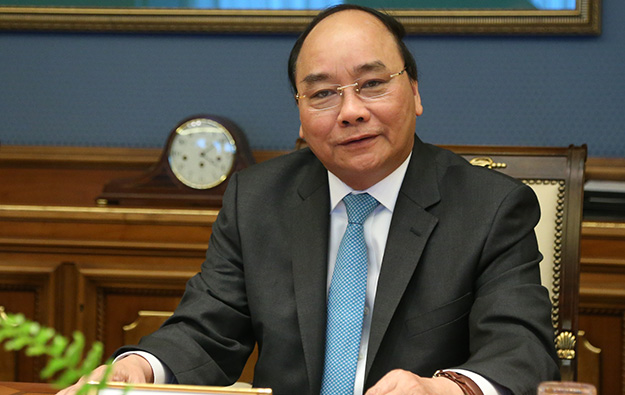 Vietnam’s government has reportedly confirmed two casino resorts under development – located respectively in the Van Don Special Economic Zone, it the north of the country, and in Phu Quoc Island, in the south – will be allowed to accept bets from Vietnamese gamblers on a trial basis.

The announcement was made by Prime Minister Nguyen Xuan Phuc (pictured in a file photo), during a meeting with local authorities in Quang Ninh province, where Van Don is located, media reports said. The meeting reportedly took place on December 22.

The Prime Minister also confirmed the Vietnamese government was still working on a draft gaming decree. Such a document has been under consideration since at least 2012. The legislation – to regulate the country’s casino industry – would specify requirements for Vietnamese to gamble in local casinos, Mr Phuc reportedly said.

Augustine Ha Ton Vinh, an academic who says he has been advising the government on liberalising Vietnam’s gaming industry, told GGRAsia in November about the plan by the Vietnamese authorities to allow local Vietnamese to gamble in two casinos “on a trial basis for three years.”

He added at the time that, to enter a casino, locals would have to pay a daily entry levy of US$50; a monthly pass would cost about US$1,100. Eligibility criteria for locals to enter casinos would include a minimum gambling age of 21 years and a minimum monthly income threshold, according to Mr Vinh.

The Van Don project is being developed by Vietnam’s Sun Group. It is located in a remote area around 160 kilometres (99.4 miles) east of Hanoi. Van Don’s development plan includes an airport to make it easy for players to come to the casino.

Management at The Grand Ho Tram – an up and running gaming resort on the country’s southern coast – had told GGRAsia in an October 2014 interview that the property hoped to be part of a pilot programme for locals to gamble, possibly via the use of an entry levy for locals or some other economic test.

Casino equipment supplier Sega Sammy Creation Inc said in a Friday release it was debuting its Genesis Crest 43J cabinet in Asia. The product will be available at an in-person trade show, G2E Asia:... END_OF_DOCUMENT_TOKEN_TO_BE_REPLACED