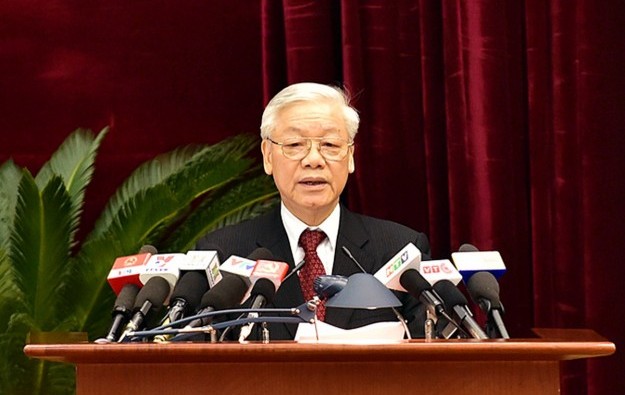 “As we’ve spoken to those pushing for gaming expansion in Vietnam, we got the sense that there was hope that the reform-minded/pro-business Prime Minister [Nguyen Tan] Dung would get the general secretary chair as this would hasten the liberalisation of integrated resort-style gaming in Vietnam, along with the ability to allow locals to gamble,” analyst Grant Govertsen wrote in a note on Thursday.

Mr Govertsen added: “The incumbent prime minister now appears to be on his way out of politics.” A number of international media outlets have reported that Mr Dung’s exit follows a power struggle with Mr Trong. According to several media reports, the National Assembly will appoint a new prime minister later this year.

The new politburo of Vietnam’s Communist Party was selected earlier this week. The party has been in power since the end of the Vietnam War in 1975, a conflict known within the country as the Resistance War Against America. Under Vietnam’s one-party rule, the general secretary of the Community Party is considered the most powerful position in the nation, with the number two being prime minister.

“It would not appear that the incumbent (and now ongoing) general secretary is in any hurry to liberalise gaming,” Mr Govertsen wrote in his note.

The Union Gaming analyst added however that several entities “continue to move forward with the opening of legal foreigners-only slot parlours in Vietnam’s major cities”. He mentioned Success Dragon International Holdings Ltd – known until recently as CY Foundation Group Ltd – which plans to open two such facilities in the country.

“Separately, last November the (now outgoing) prime minister gave his blessing to the concept of slots at the 11 international airports in Vietnam (similar to Nevada’s airports) although this idea would seem to have to grind through various other gears of government before it can become a reality,” Mr Govertsen stated.

Vietnam’s Ministry of Finance reportedly completed a draft decree last year aiming to promote the development of the country’s gaming sector. Industry observers expected the new rules would allow Vietnamese nationals to gamble at home and would also significantly reduce the minimum capital investment required to access one of four licences still available for development of large-scale casino resorts in the country.

Augustine Ha Ton Vinh, an academic who says he is advising the government on liberalising Vietnam’s gaming industry, told GGRAsia in November that a final draft decree should only be submitted to political decision-makers after the Communist Party selected its new general secretary.

Vietnam has a population of around 92.5 million. The country has several casinos, but authorities prohibit Vietnamese punters from gambling at home, unless they hold a foreign passport. Allowing locals to play – even under restricted conditions – is likely to boost the interest of foreign investors in the country’s casino market, according to several analysts.

Vietnam has so far issued only one licence for a large-scale casino resort, for the Grand Ho Tram Strip project. The project is a beachside resort 120 kilometres (75 miles) southeast of Ho Chi Minh City, the country’s main southern city formerly known as Saigon.

Local media had reported earlier this month that Da Nang, Vietnam’s fourth largest city and its central region’s most important seaport, would become the first city in the country to allow foreign tourist cruise ships to keep their casinos open after docking.

The imminent return of package tours from mainland China will not only help boost Macau’s tourism businesses, but is also expected to help casinos gain more foot traffic in their mass gaming... END_OF_DOCUMENT_TOKEN_TO_BE_REPLACED