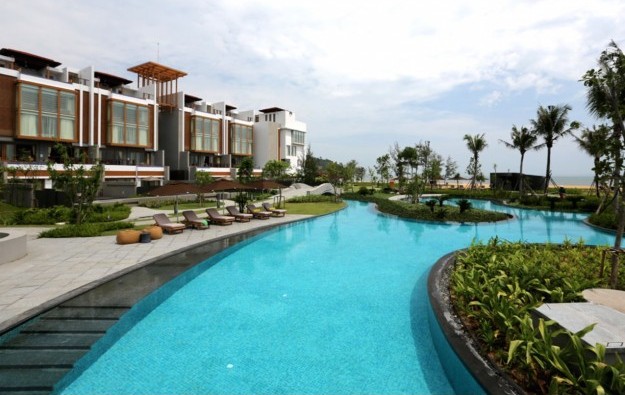 Mr Nguyen announced the decision on Tuesday, the same day he met officials from Thua Thien Hue, the host province of Laguna Lang Co, according to the media report. He is also said to have agreed to an increase in the project’s total investment capital from US$874 million, to US$2 billion. The latter capital spend is the minimum required for a Vietnam casino resort to be considered eligible to take part in a three-year trial for gambling by locals. Under the proposal, economically-qualified local gamblers would be accepted as patrons, according to the terms of a government decree issued in January 2017.

Vietnam’s Ministry of Planning and Investment had previously proposed to the country’s PM to permit casino operations in the Laguna project, as well as to allow the change in the project’s total investment capital.

The Laguna Lang Co beach resort was opened in April 2013. Phase one of the project consisted of a 57-villa Banyan Tree resort, 229-room Angsana resort and an 18-hole golf course.

According to the Vietnam Investment Review report, the executive chairman of Banyan Tree Holdings, Ho Kwon Ping, described the Vietnamese government’s decision to allow casino operations in Laguna Lang Co as “reasonable”. He also revealed that some other investors are waiting for the new investment certificate to be granted in order to invest in the Laguna project.

Vietnamese-language news outlet VnExpress further reported that the Prime Minister also had a meeting on Tuesday with Banyan Tree representatives.

U.S.- based casino operator and hospitality business Hard Rock International Inc has previously confirmed its interest in developing a casino at the beach resort.

Daniel Cheng, Hard Rock’s senior vice president for casino business development in Asia, told GGRAsia in July that the company has “finished all the site studies and completed all project financing”.

Macau casino operator Galaxy Entertainment Group Ltd said in a Wednesday statement, in response to GGRAsia’s enquiry, that “there are no gaming promoters currently operating at Galaxy... END_OF_DOCUMENT_TOKEN_TO_BE_REPLACED