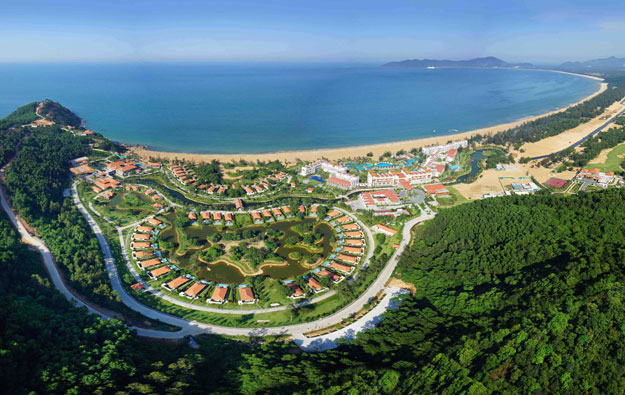 Provincial authorities in Thua Thien Hue have asked for the central government’s blessing to increase the investment capital threshold for the Lang Co Laguna beach resort to US$2 billion and to allow a casino there, according to the VietNam News outlet.

The figure of US$2 billion is the qualifying spend required for a Vietnam casino resort to be considered eligible – under the terms of a government decree in January – to take part in a three-year trial under which economically-qualified local gamblers would be accepted as patrons.

The Lang Co Laguna project (pictured), located on the country’s north central coast, currently has registered capital of US$875 million and is spread over 280 hectares (692 acres), according to Tuesday’s report.

Under the proposal submitted to the central authorities in Hanoi, the casino facility is likely to have a capital cost of nearly US$250 million and be implemented in second, third and fourth phases of the project.

The news outlet reported that – according to the submitted proposal – Vietnam’s Ministry of Defence and the country’s Ministry of Culture, Sports and Tourism have respectively already approved the plan.

The resort’s first phase, which carried a price tag of US$200 million, became operational in 2013. It included a 57-villa Banyan Tree resort, a 229-room hotel under the Angsana brand, and an 18-hole golf course and conference centre.

A number of Vietnam gaming resort projects have already said they are vying for the right to serve local players. They include Hoi An South, an under-construction central coast scheme in Quang Nam province, backed by entities linked to Macau junket investor Suncity Group; and the already operational Ho Tram Strip, which recently announced a third phase of development.

Most of Macau’s casino operators are likely to generate positive free cash flow in the first quarter, given the robust recovery level of mass-market gross gaming revenue (GGR) in January, relative... END_OF_DOCUMENT_TOKEN_TO_BE_REPLACED