Vietnam to let in jabbed, low-risk foreigners from December 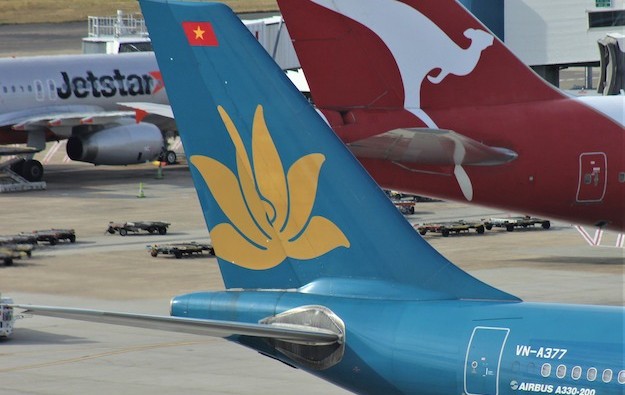 Vietnam intends from December to admit vaccinated visitors from other countries it considers are low-risk for outward transmission of Covid-19, according to a government announcement on Wednesday, reported by Reuters news agency.

The tally of foreign visitors to Vietnam fell to 3.8 million last year, down 79 percent from the 18 million in 2019, when tourism revenue was US$31 billion, equivalent to 12 percent of gross domestic product, reported the media outlet.

Before the pandemic, Vietnam had been an emerging casino jurisdiction, with a number of large-scale resorts created along its lengthy coastline.

From December, Vietnam will allow tourists from approved countries to visit UNESCO World Heritage site Halong Bay; Hoi An; the highlands town of Dalat; and the beach destination Nha Trang. Halong Bay and Hoi An are respectively places with casino properties, the latter home to Hoiana, a gaming resort in which Hong Kong-listed Suncity Group Holdings Ltd has an investment.

Only one Vietnam gaming resort so far, Corona Resort and Casino on Phu Quoc island, has been permitted to offer casino gambling to economically-qualified locals.

The local government there has been among the first to lobby for some form of restarted tourism.

In September, it said it would accept vaccinated inbound travellers, though at that stage only domestic tourism was on the national agenda. On September 24, Reuters reported that Phu Quoc had delayed its reopening to November, due to a shortage within the country of Covid-19 vaccine, which had contributed to a low percentage of the island’s own population being vaccinated.

In other developments, the Vietnam News outlet reported on Sunday that domestic flights were to resume this month, under a four-phase plan by the Ministry of Transport, applicable to places that had been able to relax Covid-19 prevention and control measures.

It said that a Wednesday announcement from the Civil Aviation Authority of Vietnam stated 13 provinces and cities – including the southern metropolis of Ho Chi Minh City – had agreed to accepting domestic flights, indicating the move was viewed as an economic stimulus.

The news outlet reported the aviation authority had allowed Vietnamese carriers to operate flights on 10 domestic routes from October 10, a large number of them from Ho Chi Minh City. Each carrier – Vietnam Airlines, VietJet, Pacific Airlines, as well as Bamboo Airlines – would be allocated one daily flight within the selection of opened routes.

Passengers using them will have to make health declarations and present a ‘negative’ Covid-19 test result issued within 72 hours of departure, reported Reuters.

Vietnam decided to drop its “zero-Covid-19” approach, following a September 25 meeting between the country’s National Steering Committee for Covid-19 Prevention and Control, and officials from several local governments.