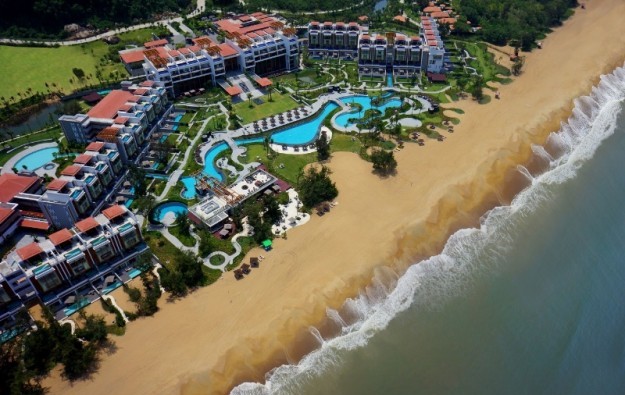 Vietnam’s Ministry of Planning and Investment has proposed to the country’s Prime Minister, Nguyen Xuan Phuc, that permission should be granted for a casino at the Laguna Lăng Cô beach resort, reports the Vietnam Investment Review.

The media outlet – citing Vietnamese newswire VnExpress as the source of the information – said that an unidentified investor hoped, subject to it meeting necessary conditions, to open by the year 2021 a casino at the resort featuring “500 electronic gaming machines and 50 card shufflers”. The capacity of such a gaming facility was expected to grow to 2,000 machines and 200 card shufflers by 2029, according to the investor’s plan. A total of six five-star hotels and more than 2,200 villas and apartments would be added as well.

The ministry had also reportedly advised the Prime Minister to allow an increase in the capital budget for Laguna Lăng Cô, located in Vietnam’s Thua Thien Hue province, from US$175 million to US$300 million and the project’s total investment capital from US$874 million to US$2 billion.

Under the terms of a government decree issued in January 2017, the capital expenditure of a Vietnam casino resort should reach a minimum of US$2 billion to be considered eligible to take part in a three-year trial under which economically-qualified local gamblers would be accepted as patrons.

According to the report, the ministry had also recommended that the Vietnamese PM shorten the development deadline on the scheme from the year 2030 t0 that of 2026.

According to the report, It is expected that Laguna Lăng Cô would “contribute US$245 million” annually to the budget of Thua Thien Hue province from 2021 onward.

U.S.- based casino operator and hospitality business Hard Rock International Inc has previously confirmed its interest in developing a casino at the beach resort.

Daniel Cheng, Hard Rock’s senior vice president for casino business development in Asia, told GGRAsia in July that the company has “finished all the site studies and completed all project financing”.

The Laguna project was opened in April 2013. Phase one consisted of a 57-villa Banyan Tree resort, 229-room Angsana resort and an 18-hole golf course.