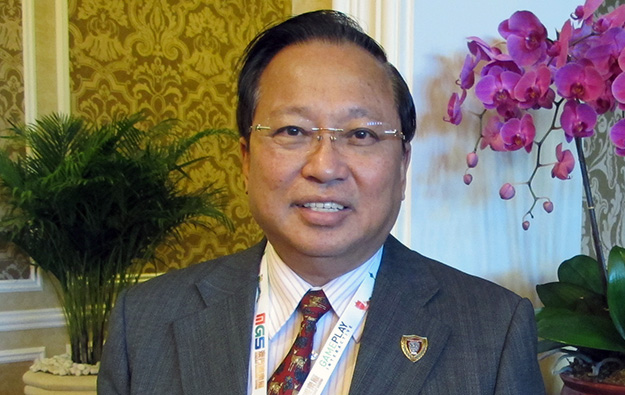 The new rules – in the form of a decree – would very likely allow Vietnamese nationals to gamble at home, he said. In addition, the new rules would halve the minimum capital investment required to access one of four licences still available for development of large scale casino resorts.

“A draft decree has been submitted to political decision-makers, but because of the political process, you would guess [publication would only occur] by probably March,” Mr Vinh told GGRAsia on the sidelines of the conference segment of the Macao Gaming Show 2015, ended on Thursday.

The draft decree was reportedly completed in August.

Vietnam’s ruling Communist Party is poised to select a new general-secretary in its 12th national congress. Such a decision is slated for early 2016.

Mr Vinh said that under the new decree it is very likely that Vietnam nationals would be allowed to gamble domestically, but not everyone. The gaming decree should define some eligibility criteria – including a minimum gambling age of 21 years and a minimum monthly income threshold. The latter would possibly be set at US$700, Mr Vinh suggested.

In the Philippines, casino legislation states that residents must have a gross income for the previous year of at least PHP50,000 (US$1,063) to be allowed to play in a casino. But some lawmakers there have argued the requirement is neither observed nor imposed.

Mr Vinh also said it was foreseeable that Vietnam would adopt a Singapore-style entry levy for casinos. Singapore imposes on its citizens and permanent residents a statutory entry fee of either SGD100 (US$71) for 24-hour access, or SGD2,000 for a year’s entry, but the city-state is content to give foreigners free access.

According to some media reports, the new rules for Vietnam might state that Vietnamese citizens would only be allowed to gamble in selected casinos. That would be a solution similar to what happens in South Korea, where only one of the country’s 17 casinos is authorised to accept bets from South Korean nationals.

Vietnam has a population of around 92.5 million. The country has several casinos, but authorities prohibit Vietnamese punters from gambling at home, unless they hold a foreign passport. Allowing locals to play – even under restricted conditions – is likely to boost the interest of foreign investors in the country’s casino market, according to several analysts.

To attract further foreign investment into the country’s casino industry, the Vietnamese government is also looking at halving the minimum required capital investment for each of the country’s integrated resort licences. Currently the figure is set at US$4 billion.

Vietnam has so far issued only one of five expected licences for large-scale casino resorts. That was for the Ho Tram Strip project. Prior to the first phase opening of the Ho Tram Strip in July 2013 – with 541 five-star rooms and permission for up to 90 tables – the Vietnamese casino market consisted of small- and medium-sized properties mostly in the north and close to the land border with mainland China. The government has reportedly suspended its previous policy of issuing new licences for smaller scale casino resorts.

“The government knows that it cannot, at this point, solicit any US$4-billion-dollar project,” Mr Vinh commented.

Macau – but also other gaming jurisdictions in Asia – is hurting from the ongoing anti-corruption drive in mainland China, a slowdown in the Chinese economy and increased scrutiny of the junket system by Beijing, investment analysts have said. Chinese high rollers are an important source of revenue for several casinos in the Asian region, not just for Macau casinos.

With the new legislation in place, Mr Vinh says it will be easier to attract foreign investment to Vietnam’s casino sector.

“There are both local and international investors that are in the process of looking at sites and discussing with the [regional] governments,” he said.

Mr Vinh added: “The government is very interested in international operators, because Vietnamese don’t have the expertise. Vietnamese can co-invest; can come in with the [other] resources.”

The scholar forecast that “Vietnam could become a market worth US$3 billion to US$6 billion a year” in gross gaming revenue following the opening of all tabled casino resorts and with locals allowed to gamble domestically. Vietnam’s casinos posted aggregate revenue of VND1.4 trillion (US$62.3 million) in 2014, according to a report by the country’s Institute for Regional Sustainable Development, said local media.

Sheldon Adelson, the chairman of Las Vegas Sands Corp – a casino firm with operations in the United States, Macau and Singapore – has confirmed in interviews making several trips to Vietnam to scout for resort building opportunities. Such trips have not so far led to further steps, due to the local gambling restrictions. U.S.-based gaming operator MGM Resorts International, with a subsidiary in Macau, was originally involved in the Ho Tram venture on a branding and management basis, but pulled out prior to the opening.

Macau’s casino gross gaming revenue (GGR) for the first five days of February is estimated at MOP1.9 billion (US$235.1 million) – or MOP380 million per day – a level that suggests a “45... END_OF_DOCUMENT_TOKEN_TO_BE_REPLACED