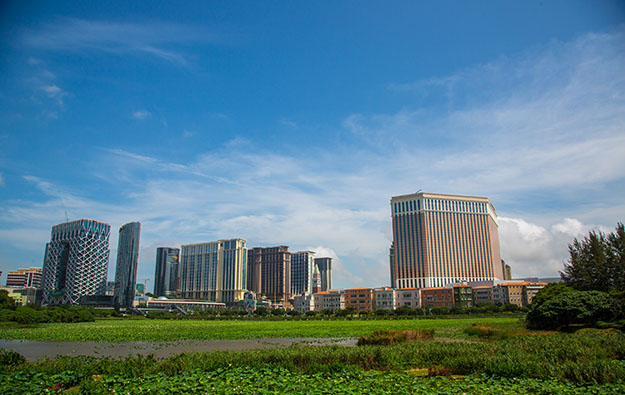 Macau’s gaming volume and visitor traffic trend remains positive in August, and the monthly gross gaming revenue (GGR) tally is tracking for a 25-percent increase year-on-year, say investment analysts. VIP volume is said to have remained strong in the first 20 days of August.

“We estimate daily GGR averaged around MOP828 million [US$102.7 million] last week, up 14 percent versus the prior week (MOP729 million/day) and +12 percent versus the average in July (MOP741 million/day),” said Japanese brokerage Nomura in a note on Monday. “We believe strength was driven by stronger mass revenues and traffic resulting from a concert hosted by one of the Cotai operators,” it added.

Nomura said that assuming sequential growth for the rest of the month in line with the trailing five-year average growth rate, it estimates year-on-year growth in August “will be around 25 percent”.

Banking group Morgan Stanley anticipates 23-percent GGR growth at current run rates for the month of August. “Our channel checks suggest that year-on-year growth in August VIP roll is tracking even higher than in June and July,” said the institution in a Monday report.

Morgan Stanley said liquidity in China based on total social financing and the country’s M1 – a measurement of money supply normally including coins and notes in circulation and other money equivalents that are easily convertible into cash – is “still holding at an elevated level and supporting the [Macau] VIP business”.

Brokerage Sanford C. Bernstein Ltd said in a Monday memo that it estimates Macau’s August GGR will be in the range of MOP23.4 billion and MOP23.9 billion, an increase of between 24 percent and 26 percent from the prior-year period.

Venetian Macao, operated by Sands China Ltd, is celebrating its 10th anniversary in August, with several concerts and performances scheduled throughout the month.

Also in a Monday memo, Telsey Advisory Group LLC noted that “the data flow out from Macau from a volume and traffic perspective remains positive”.

It added: “However, our view is that the competitive landscape remains somewhat in flux through the remainder of the quarter and perhaps the year. As well, the comparisons become increasingly difficult through 2017 and into 2018, which we believe could also limit the performance of the stocks.”

The imminent return of package tours from mainland China will not only help boost Macau’s tourism businesses, but is also expected to help casinos gain more foot traffic in their mass gaming... END_OF_DOCUMENT_TOKEN_TO_BE_REPLACED