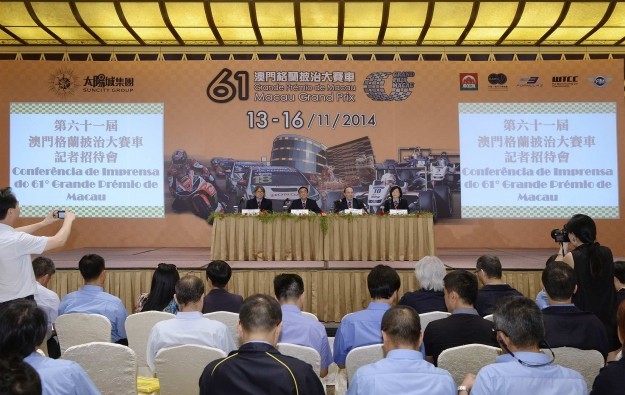 Suncity Group is committing MOP16.6 million (US$2.08 million) for the 61st Macau Grand Prix, the organisers said ahead of the racing event in November.

Casino operator SJM Holdings Ltd was the official sponsor of the Macau Grand Prix in 2011 and 2012.

After a double-weekend tournament with 13 races in six days to celebrate its 60th anniversary last year, the Macau Grand Prix is back to a four-day meeting with seven races.

Macau Grand Prix Committee announced a budget of MOP190 million for this year’s event, a MOP30 million increase from 2012, when the event was last held on a single weekend. Organisers estimate total revenue will top MOP43 million.

This year’s Macau Grand Prix runs between November 13 and 16.