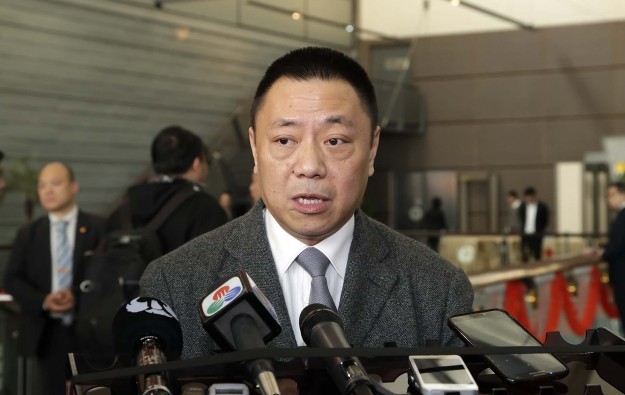 More than 50 ex-employees of Macau junket operators have asked for help from the government after the closure of some of the city’s VIP rooms, said Macau’s Secretary for Economy and Finance, Lionel Leong Vai Tac (pictured).

Speaking to reporters after meeting with members of the Legislative Assembly on Thursday, Mr Leong said that the Labour Affairs Bureau has been notified of four cases of appeals for help, involving 52 former employees of VIP rooms. The people have requested the bureau’s assistance because the businesses they had worked for have either closed or are going through “an adjustment phase”, said the government official.

Mr Leong, the official overseeing Macau’s gaming industry, said it is normal for junkets to apply for cancellation of their licences or to close some VIP rooms they operate – something that has happened before, he added.

The government would continue to monitor the situation, said Mr Leong, adding that relevant government departments would strengthen contingency measures to help affected employees, including providing them with training and helping them find new jobs.

The Macau government announced last month the establishment of a task force on the gaming industry. The main goal was to address the issue of potential job layoffs in the sector.

VIP gross gaming revenue (GGR) in Macau fell by 10.9 percent for the full-year of 2014. Macau’s GGR has dropped for eight consecutive months, and is heading for a ninth sequential decline in February according to investment analysts.

Last month, David Group – said up to that time to be the fifth largest junket operator in Macau by chip roll – closed three out of seven of its Macau VIP rooms. On January 21, Gold Moon Group, a smaller junket firm, told GGRAsia it had closed a 16-table VIP room it ran at Sands China Ltd’s Sands Cotai Central resort.

Investment analysts are warning that the market could see more junket closures after Chinese New Year, which this year falls on February 19. Some of the Macau casino operators have also confirmed that they have dropped weaker junket operators in recent months in favour of VIP promoters with more robust finances and a better track record on credit issuance and credit recovery.

On Thursday, Mr Leong said it was “normal” to see a period of consolidation in the gaming industry following years of rapid development.

The economy secretary added that it is necessary to promote more non-gaming elements in the industry, “investing more in quality and not being so focused on the size of the businesses”.

Macau’s casino gross gaming revenue (GGR) for the first five days of February is estimated at MOP1.9 billion (US$235.1 million) – or MOP380 million per day – a level that suggests a “45... END_OF_DOCUMENT_TOKEN_TO_BE_REPLACED