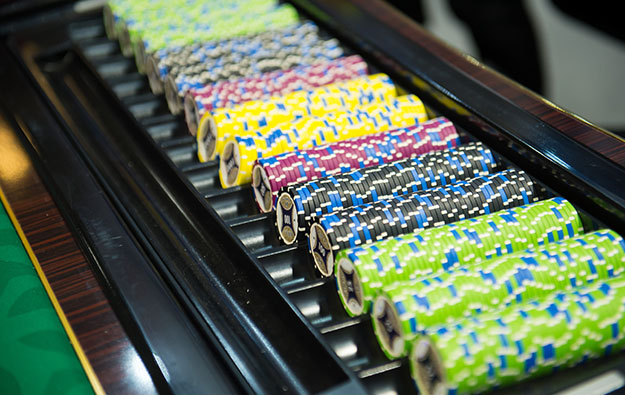 That is according to data from the city’s casino regulator, the Gaming Inspection and Coordination Bureau, issued on Wednesday.

Mass-market baccarat, the second most popular Macau casino game segment by revenue, saw its market share increase by 3 percentage points, to 35.4 percent or MOP27.90 billion. That compared to 32.4 percent of fourth-quarter GGR a year earlier, and nearly 34.4 percent of third-quarter 2018 GGR.

Slot machine GGR for the final three months of 2018 was MOP3.91 billion, or nearly 5 percent of quarterly GGR, compared to 5.01 percent a year earlier. Slots’ fourth-quarter share of GGR was however up slightly judged sequentially, from the nearly 4.8 percent recorded in third-quarter 2018.

Judged in percentage growth terms, slot machine fourth-quarter GGR was up 7.9 percent year-on-year, but down sequentially from the 9 percent growth rate recorded in the third quarter last year.

Market share for other casino games in the fourth quarter was 6.3 percent, broadly at par with a year earlier. But annual growth for that quartile was down to only 6.7 percent compared to 15.2 percent year-on-year in the third quarter, and 9.5 percent in fourth-quarter 2017.

In the live multi game category – a form of electronic table game product offering a live dealer but electronic betting and bet settlement – the fourth-quarter GGR was MOP710 million, down sequentially from MOP733 million in the third quarter. But the final quartile tally was up 13.8 percent from the MOP624 million achieved in fourth-quarter 2017.

It had already been announced on January 1 that Macau’s accumulated casino GGR for full-year 2018 grew by 14.0 percent year-on-year, to nearly MOP302.85 billion. That tally had been aided by a strong end to 2018 and the best quartile performance of the year in the fourth quarter, at MOP78.79 billion in overall GGR.

The verdict – and eventual sentencing – in the case involving Alvin Chau Cheok Wa (pictured in a file photo) and other defendants linked to the now-defunct Macau casino junket Suncity Group Ltd... END_OF_DOCUMENT_TOKEN_TO_BE_REPLACED