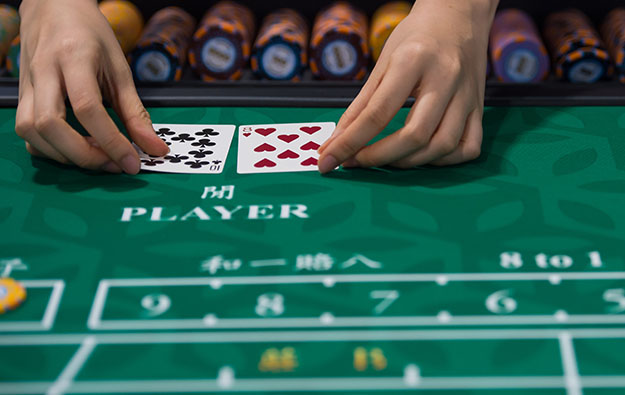 The novel coronavirus alert could during this year put pressure on some Macau gaming junket operators – particularly mid- and small-size ones – to scale down their businesses in the city or shift their operational resources to overseas markets. So said a junket trade body representative in comments to GGRAsia, adding that in likelihood only a near-term comeback of such gaming business could relieve such pressure on the smaller outfits.

Separately, one of the biggest junket promotion brands, Suncity Group, told GGRAsia it would not be scaling down its Macau VIP gaming operations and was still planning to launch this year new VIP gaming clubs in the local market.

Several major junket operators – including Suncity Group – had already resumed the operation of most of their Macau VIP gaming clubs from February 20, as the city’s casinos started to reopen following a 15-day shutdown of the local gaming market, noted Luiz Lam, a director at the Macau junket trade body the Association of Gaming and Entertainment Promoters.

“Many junket operators have chosen to reopen since February 20, somehow due to peer pressure,” Mr Lam remarked to us. “But since reopening, we saw only very few clients and business has been really quiet.”

After the February 20 restart, the daily rolling volume of the city’s top junkets – supported by only a small player base – was roughly “15 percent of the normal level”, suggested Credit Suisse (Hong Kong) Ltd in a February 25 note, citing conversations with some junkets. The institution also said junkets were “cautious” regarding their near-term outlook as players’ cash flow had been hurt by the weak macroeconomic environment in China, and with the expectation that it would “take time” for China’s general “liquidity relaxation” steps to help the VIP sector.

“I won’t be surprised if Macau’s licensed junkets will dwindle to around 80 later this year. The operational environment now is too challenging,” Mr Lam told us. The total number of licensed junkets in Macau – either entities or individuals – fell from 100 in January 2019, to 95 at the start of this year, according to data revealed last month by the city’s gaming regulator.

In a February 25 emailed reply to our enquiry, the regulator, the Gaming Inspection and Coordination Bureau, also know as DICJ, said that – as of that date – it had not received any request from any local junket seeking to surrender its licence.

Trade body representative Mr Lam nonetheless told us” “For the mid-sized and smaller junket operator, with fewer financial resources to manoeuvre amid the current situation, they may choose to close their Macau business or reduce the number of VIP gaming rooms they operate here.” He added: “It is also possible they will choose to shift their resources to the Southeast Asian [casino] markets.”

But a spokesperson for Suncity Group told us via email: “Macau will always be the base of Suncity Group, hence, we will not scale down our Macau operations.”

The brand added it currently operated a total of 17 VIP clubs in the Macau market, but noted it had engaged in a “business reconfiguration” since February 20.

“…starting from February 20, Suncity VIP Club at Sands Cotai Central is closed. The VIP club will be reopening its doors during the opening of The Londoner Macao,” the junket firm’s spokesperson noted to us. The person didn’t clarify whether that was a reference to the VIP club reopening being timed with the relaunch of the entire Sands Cotai Central as a themed resort called the Londoner Macao; or specifically the opening of the Londoner Hotel, which is being remodelled and rebranded from the Holiday Inn Macao Cotai Central.

Suncity told us that despite the coronavirus alert it still planned to launch up to three more VIP gaming clubs in Macau this year, although the precise opening dates could be subject to revision.

The junket trade body’s Mr Lam suggested a return to VIP market growth was “certain” in the long-run. In the near term, “the question remains on how long the coronavirus crisis is going to last,” he conceded.

“When conditions stabilise, it is also possible that the city’s bigger junkets will acquire the resources of the smaller ones, and further expand their footprint in the city,” Mr Lam added.

In a Thursday note, JP Morgan Securities (Asia Pacific) Ltd said a bearish reading of events might see gaming demand in the Macau market normalise “only toward year-end”. In the same memo, the institution maintained its forecast that Macau’s 2020 gross gaming revenue would fall by 24 percent, and earnings before interests, taxation, depreciation and amortisation would go down by 30 percent.

Some Macau casinos visited by GGRAsia on Thursday, actually had tables that were closed, notwithstanding strong consumer demand during Chinese New Year (CNY). The reasons for some tables being... END_OF_DOCUMENT_TOKEN_TO_BE_REPLACED