Visitor arrivals to Macau up 3pct in September 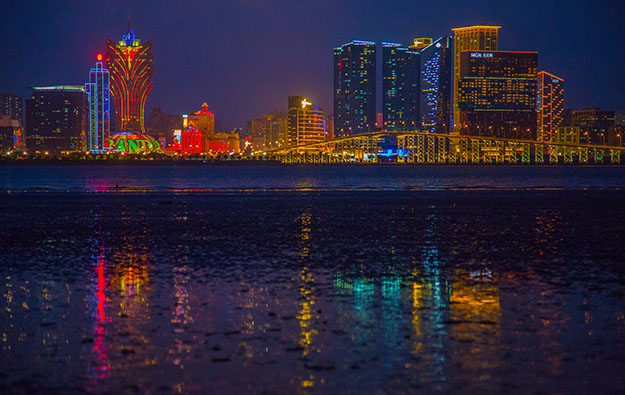 Visitor arrivals to Macau totalled over 2.56 million in September, up by 3.0 percent year-on-year, the latest data from the city’s Statistics and Census Service showed. The September visitor tally represented a sequential decrease of 24.7 percent compared to the August figure.

In September the number of visitors from mainland China expanded by 5.7 percent year-on-year to approximately 1.82 million. The tally of visitors under the Individual Visit Scheme – mainland China’s exit permit system for outbound tourists travelling independently rather than in tour groups – was up 10.3 percent year-on-year in September, to 788,426.

But in September, several of Macau’s other major feeder markets in Asia saw year-on-year decreases in visitor numbers. They were Hong Kong, Taiwan, South Korea, Japan, the Philippines, Thailand, India and Singapore.

Macau’s visitor arrivals in the nine months to September 30 increased by 8.3 percent from the prior-year period to 25.81 million. Mainland Chinese accounted for 70.6 percent of the aggregate number of visitors in the first nine months this year – or 18.22 million visitors, up by 13.3 percent year-on-year.

Official data show that Macau’s monthly casino gross gaming revenue (GGR) rose by only 2.8 percent year-on-year in September, to nearly MOP21.95 billion (US$2.72 billion). Typhoon Mangkhut – a category 10 typhoon, the highest measure for such events – struck the city over the weekend of September 15 and 16, resulting in a brief closure of all casinos.

The number of overnight and same-day visitors to Macau in September rose by 1.9 percent and 4.4 percent year-on-year respectively, to nearly 1.41 million and 1.15 million. The average length of stay of visitors in that month was 1.4 days, up by 0.1 days compared with the same month last year.

South Korea on Thursday said it would from June 1 resume issuing short-term tourism visas for trips to the country’s mainland, for individual visitors and groups of tourists. Permits for... END_OF_DOCUMENT_TOKEN_TO_BE_REPLACED