Visitor arrivals to Macau up by nearly 19 pct in Aug 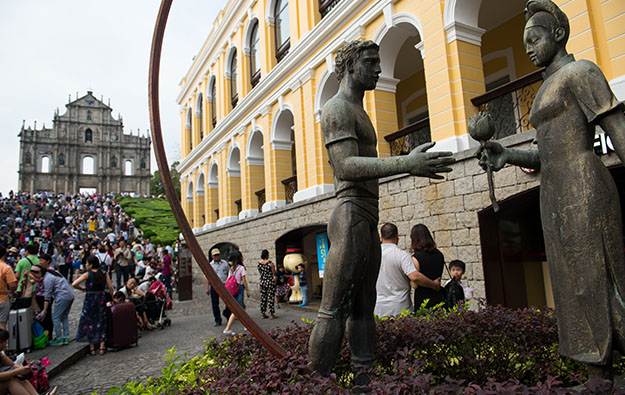 Visitor arrivals to Macau numbered 3.40 million in August, up by 18.7 percent year-on-year, data from the city’s Statistics and Census Service showed on Monday. The expansion rate in the August visitor tally was bigger than that in July, when the city saw a 4.0 percent year-on-year increase.

Also in August, most of Macau’s feeder markets saw year-on-year increases in visitor numbers. The exceptions were the Philippines, Indonesia, Japan, South Korea, Brazil and Switzerland.

Macau’s visitor arrivals in the eight months to August 31 increased by 8.9 percent from the prior-year period to 23.25 million. Mainland Chinese accounted for 70.5 percent of the aggregate number of visitors in the first eight months this year – or 16.40 million visitors, up by 14.2 percent year-on-year.

Official data show that Macau’s monthly casino GGR rose by 17.1 percent year-on-year in August, to nearly MOP26.56 billion (US$3.29 billion). The figure was also the highest monthly tally so far this year. The number of overnight and same-day visitors to Macau in August rose by 16.3 percent and 21.6 percent year-on-year respectively, to nearly 1.80 million and 1.60 million. The average length of stay of visitors in that month was 1.2 days, down by 0.1 days compared with the same month last year.