Visitors to Macau down 3pct on last day of Golden Week 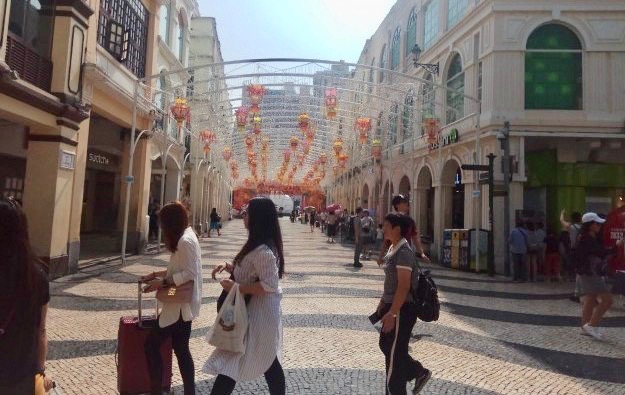 Visitor arrivals to Macau on the seventh – and last – day of the autumn Golden Week holiday period were down by 3.1 percent from the same period in 2018.

Preliminary figures from Macau’s Public Security Police – compiled by the Macao Government Tourism Office – showed that on Monday the city welcomed fewer than 79,000 visitors. About 53,800 of those visitors came from mainland China, a decline of 6.0 percent in that market segment judged in year-on-year terms.

Visitor arrivals to Macau during the whole of the autumn Golden Week holiday period rose by an average of 11.5 percent, to a total of approximately 985,000, the data show.

Visitors from mainland China made up 81.1 percent of all arrivals during the holiday period, contributing approximately 798,000 visits in total. The visit figure was up 9.4 percent in year-on-year terms.

According to the available data, Macau recorded more than 150,000 visitor arrivals for four straight consecutive days during this year’s autumn Golden Week, namely between October 2 and October 5. Except for the last day of the holiday period, year-on-year increases in visitor arrival figures were recorded for the other days of the holiday period.

A casino cruise brand reportedly controlled by Malaysian entrepreneur Lim Kok Thay is to launch services from Singapore fewer than five months after the Lim family-founded Dream Cruises brand of the... END_OF_DOCUMENT_TOKEN_TO_BE_REPLACED