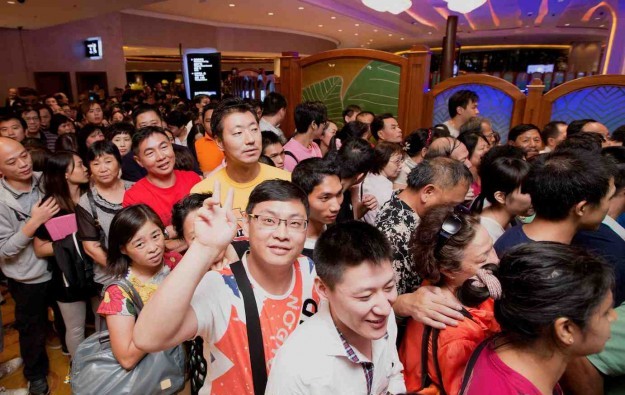 The satisfaction of visitors to Macau with the city’s gaming industry increased in the second quarter of this year, a new survey shows.

The latest issue of the quarterly Visitor Expenditure Survey, compiled by the city’s Statistics and Census Service, shows that 84 percent of the respondents were ‘satisfied’ with Macau’s gaming venues. That was an increase of two percentage points compared to the previous three months.

Two percent of the visitors surveyed however stated there was a need for improvements.

An average of 70,000 visitors are interviewed each quarter for the Visitor Expenditure Survey.

The results from the survey indicated that total spending – excluding gaming expenses – of visitors to Macau in the second quarter of 2014 reached MOP16.3 billion (US$2.04 billion), up by 17 percent from a year earlier.

Per-capita spending of visitors in the three months ended June was MOP2,141, up by 9 percent year-on-year. Mainland visitors spent the most, with an average of MOP2,659, up by 6 percent compared with the same period a year before.

Casino gross gaming revenue in Macau was MOP90.9 billion for the second quarter of 2014, up by 5 percent in year-on-year terms, according to data from the city’s gaming regulator.

Most of Macau’s casino operators are likely to generate positive free cash flow in the first quarter, given the robust recovery level of mass-market gross gaming revenue (GGR) in January, relative... END_OF_DOCUMENT_TOKEN_TO_BE_REPLACED