Visitors to Macau up 12pct for Golden Week day three 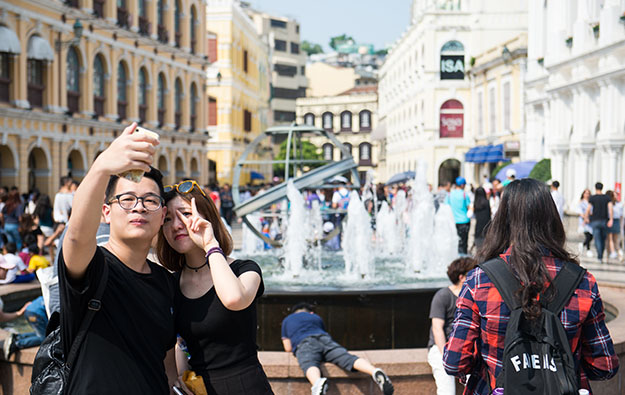 Visitor arrivals to Macau on the third day of the autumn Golden Week period were up by 12.4 percent from the same period in 2018.

Preliminary figures from Macau’s Public Security Police – compiled by the Macao Government Tourism Office – showed that on Thursday the city welcomed more than 163,800 visitors. About 140,300 of those visitors came from mainland China, a rise of 10.6 percent in that market segment judged in year-on-year terms.

Visitor arrivals to Macau during the first three days of the autumn Golden Week holiday period rose by an average of 10.0 percent, to a total of 460,900, the data show.

Visitors from mainland China made up 86.3 percent of all arrivals in the first three days of the holiday period, contributing approximately 397,900 visits in total. The visit figure was up 9.9 percent in year-on-year terms.

Ambrose So Shu Fai, vice chairman and chief executive of Macau casino operator SJM Holdings Ltd, told reporters on Thursday that performance of his firm’s casino business during the autumn Golden Week had been “so-so” up to that point. He added the gaming segment had been “a bit worse than expected: we thought more traffic would bring better income but it was not really the case.”

In 2018, approximately 890,000 people visited Macau during autumn Golden Week, which ran from October 1 to 7 that year. The tally – more than 80 percent of which involved visits by mainland Chinese – represented a year-on-year increase by 7.2 percent.

Some Macau casinos visited by GGRAsia on Thursday, actually had tables that were closed, notwithstanding strong consumer demand during Chinese New Year (CNY). The reasons for some tables being... END_OF_DOCUMENT_TOKEN_TO_BE_REPLACED