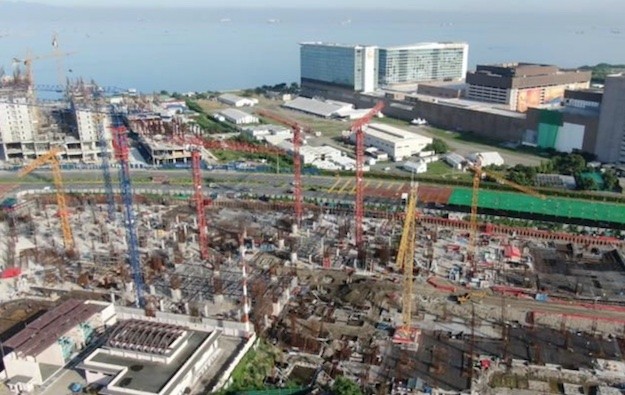 The construction of a five-star hotel and casino complex for the Westside City Project (pictured in a file photo) in Manila, the Philippine capital, is “progressing as scheduled,” said a Thursday filing from Manila-listed Suntrust Home Developers Inc, the scheme coordinator.

It added that the detention in Macau on Saturday of Suncity Group junket boss Alvin Chau Cheok Wa was “not expected to have a material impact on the timeline of the construction” of the Westside City hotel and casino.

Suntrust Home Developers is 51-percent indirectly owned by Suncity Group Holdings Ltd, a Hong Kong-listed firm that – until his resignation on Wednesday – had been chaired by Mr Chau.

Mr Chau was detained on suspicion of facilitating online gambling for customers from mainland China.

Suntrust added in its Thursday filing that as of September 30, its balance sheet reflected “cash and cash equivalents of approximately PHP7.7 billion [US$152.7 million] which will support immediate construction and working capital requirements” regarding the Westside complex.

The US$1-billion Westside City Project – due to have the casino completed in the first quarter of 2024, according to another recent Suntrust filing – was flagged as a one of the “main growth drivers” of Suncity Group Holdings’ business, said the latter’s 2021 interim report filed in September.

Hong Kong-listed Wynn Macau Ltd says it will inject nearly MOP4.80 billion (US$596.4 million) into Wynn Resorts (Macau) SA. That is in order to comply with Macau’s revised gaming law and the... END_OF_DOCUMENT_TOKEN_TO_BE_REPLACED