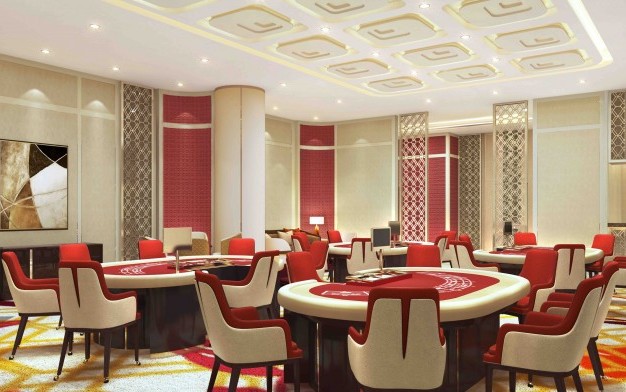 The Widus Group, owner and developer of the Widus Hotel and Casino complex in Clark Freeport Zone, in the Philippines, has confirmed the branding for a new, associated, Clark resort.

Hann Resorts will offer a high-end “mix of gaming [pictured in an artist's rendering], golf, nature and outdoors, entertainment and hospitality activities and experiences,” according to a press release.

The Widus Group had mentioned to GGRAsia in November that it was contemplating gaming for the new facility.

Hann Development Corp, the promoter of the Hann-branded facilities, is described as a “member of the Widus Consortium”. Hann Development’s president and chief executive is Daesik Han.

“Clark is already drawing a lot of tourists and investors to the area,” Mr Han was quoted as saying in a press release.

Referring to the Hann Resorts development, he further stated: “We hope that an integrated lifestyle and leisure resort brand will further attract people and turn both Clark and New Clark City into a bustling centre for recreation and development.”

New Clark City is a piece of urban redevelopment near to Widus Hotel and Casino complex.

The group said in May last year that it had secured a loan to finance the expansion of the complex, including a new hotel tower. According to the previous information from the company, the fourth hotel tower consists of 380 rooms in a 19-storey structure, featuring also additional restaurants and shops.

The latest announcement by Widus Group said the Widus Hotel and Casino complex would be rebranded as the Hann Casino Resort, while the Widus hotel would be converted to the Mercure Hotel “after its renovation is completed by 2022″.

The group said additionally that facilities respectively called Hann Casino and Swissôtel Hotels and Resorts were being targeted to open at the Widus Hotel and Casino complex in the final quarter of 2020. The Swissôtel and Mercure hotel brands are part of the French multinational hospitality group Accor SA.

There are also plans in later phases of the New Clark City development for a Banyan Tree Hotel, an Angsana hotel, a Westin hotel, and accommodation under branding The Luxury Collection, from Marriott International Inc.

Macau is to create distinct zones on its casino floors and designated gambling chips that will be solely for the use of players from overseas. The moves will be part of a new gaming tax system to... END_OF_DOCUMENT_TOKEN_TO_BE_REPLACED