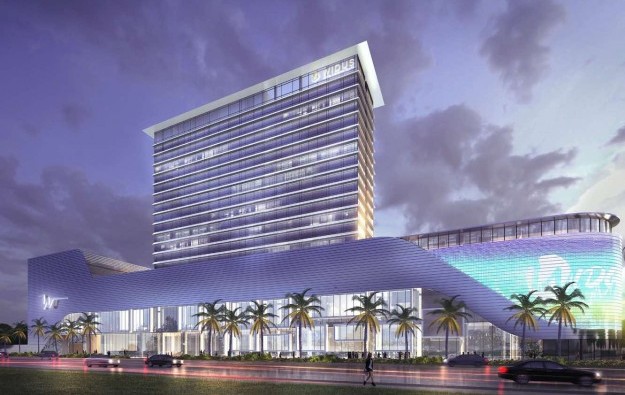 Widus Philippines Inc, owner and operator of the Widus Hotel and Casino at Clark Freeport Zone in the Philippines, has secured a PHP7-billion (US$133.9-million) syndicated loan to finance the expansion of the property.

“This additional investment from our bank partners will be used to support our tower-four project,” said Mitchell Estacio, Widus Philippines’ corporate secretary and treasurer, in a prepared statement included in a press release. “Our loan agreement only reflects the company’s strong commitment to bring only the best world-class facilities here, to Clark,” she added.

Asia United Bank Corp was the mandated lead arranger and bookrunner for the loan, while the Union Bank of the Philippines was the joint lead arranger, according to the release.

Widus Philippines said the fourth hotel tower (pictured in a rendering) is to be built on an approximately 22,000-square-metre (236,806-sq-feet) plot of land next to the existing Clark Marriot hotel, also part of the casino resort.

The fourth hotel tower is expected to be completed by the final quarter of 2020, said its promoter. The new tower consists of 380 rooms in a 19-storey structure, featuring also additional restaurants and shops.

Tower four will also feature a new casino, according to the company’s release. The new gaming area will have approximately 200 gaming tables and 1,000 slot machines and electronic table games. The casino will include VIP areas, private gaming rooms and junket rooms, said the promoter, without specifying how many tables would be allocated to the VIP segment.

The Clark Marriott hotel, which opened in September, did not have a casino but was connected to the existing gaming venue at the resort, according to company information.

Widus Philippines said previously that the company expected to have made an aggregate capital investment of US$500 million in the property by the time the fourth tower opens next year.

The company had also plans to list shares on the Philippine Stock Exchange, Han Daesik, president and chief executive of Widus Philippines, said last year in an interview with GGRAsia. That would happen once the current phase of expansion is completed, Mr Han said at the time.

Subsequent to the completion of Widus’ fourth hotel tower, the group had confirmed its interest in spending as much as a further US$500 million on additional expansion, including convention facilities.