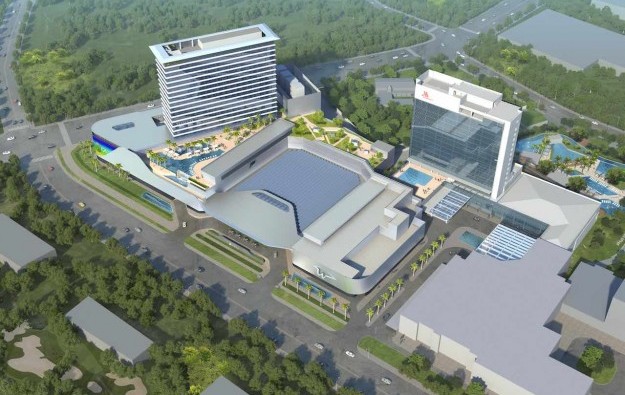 The Widus Group, owner and developer of the Widus Hotel and Casino complex in Clark Freeport Zone, in the Philippines, says it has delayed the first phase of the property’s expansion to late 2021, amid Covid-19. “We are pushing through with our expansion plans albeit with a slight delay because of the pandemic,” a company spokesperson told GGRAsia.

The casino developer and operator said earlier this year that the Widus Hotel and Casino complex would be rebranded as the Hann Casino Resort (pictured in a rendering). The first phase of the expansion of the complex had an estimated cost of PHP12.0 billion (US$247.1 million, at current exchange rates), and was to be completed by the end of 2020.

As part of phase one of the revamp, the existing Widus Casino was to be transferred to a new location and rebranded as the Hann Casino, according to company information. There had also been a plan to open a facility called Swissôtel Hotels and Resorts on the new site, in late 2020.

In its written statement to GGRAsia, Widus Group said the first phase of the expansion, “which will transform the current Widus Hotel and Casino into Hann Casino Resort, is under way,” despite the delays.

“Due to the pandemic, this [shifting the site of the Widus Casino] has been moved to the last quarter of 2021,” stated the spokesperson.

The person added: “Unfortunately, the pandemic has pushed back the completion date of the Hann Casino Resort, including Swissôtel, to the last quarter of 2021.”

Widus Group also said it was moving ahead with its “second, ultra-luxury resort” in the neighbouring area of New Clark City.

The Hann Lux Lifestyle Resort – that was originally scheduled to open by 2024 – is to offer three, 18-hole, championship-standard golf courses, and additional accommodation.

The Hann Lux project is currently at the “planning and design stage,” and “will be launched in the future,” said the person. No schedule for the launch of the second complex was provided.

The Widus Group had mentioned to GGRAsia in November lat year that it was contemplating gaming for the new resort planned for New Clark City.

Some Macau casinos visited by GGRAsia on Thursday, actually had tables that were closed, notwithstanding strong consumer demand during Chinese New Year (CNY). The reasons for some tables being... END_OF_DOCUMENT_TOKEN_TO_BE_REPLACED