Work for Sands’ The Londoner by year end: report 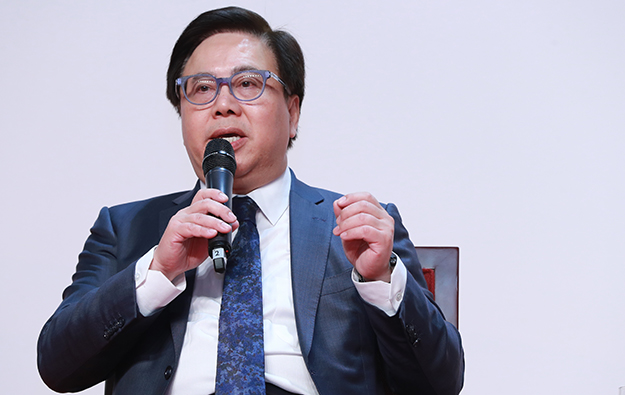 The president of Macau casino operator Sands China Ltd says that the redevelopment of the firm’s Sands Cotai Central casino resort to transform it into a themed property called The Londoner Macao will begin at the end of this year.

Wilfred Wong Ying Wai (pictured in a file photo) said the revamp – which sought to renovate, expand and rebrand Sands Cotai Central using iconic symbols of the British capital – was currently in the design stage for changes to the property’s exterior and interior.

The executive made the comments to local Chinese-language newspaper Macao Daily News during a public occasion.

Regarding the soon-to-open MGM Cotai, operated by rival concessionaire MGM China Holdings Ltd, Mr Wong said new properties would benefit the entire market as they were likely to attract more visitors to the city.

U.S.-based casino operator Las Vegas Sands Corp, the parent of Sands China, announced in October a “phased” redevelopment of Sands Cotai Central, to be completed in 2020.

Japanese brokerage Nomura estimated that some disruption to operations likely from the revamp of the property could hurt the earnings of Sands China in 2018 and 2019.

The Kien Gang provincial government in Vietnam is to ask the country’s Ministry of Finance to extend by three years the pilot scheme utilised by Corona Resort and Casino (pictured) on the island of... END_OF_DOCUMENT_TOKEN_TO_BE_REPLACED