Work on LRT in downtown Macau due this year 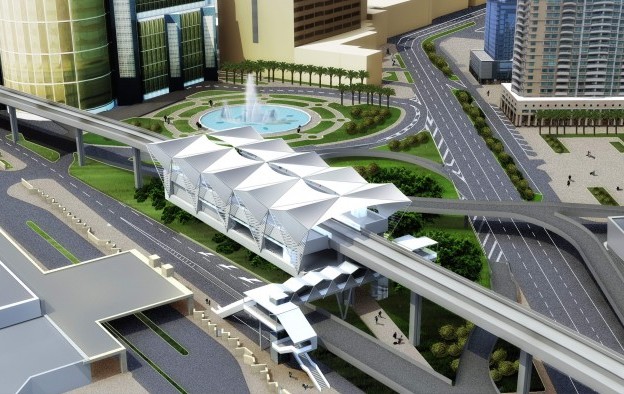 But one of the stated purposes of the LRT system – to help deliver tourists from the Gongbei border gate at Zhuhai as far as the Cotai Strip and the new Cotai casino resorts due to open between 2015 and 2018 – is unlikely to be achieved during the lifetime of the current casino concessions, which expire on dates between 2020 and 2022.

Macau’s Legislative Assembly was told in April that the peninsular section of the LRT would not be ready until “2018 or 2019”, while the loop serving Taipa and Cotai would be ready by 2016.

The government’s track record so far on managing the LRT does bring in to question whether even these revised dates can be met.

When the LRT was first proposed in 2003, the budget estimate was MOP5.9 billion (US$739 million at current exchange rates). By 2010, no work had been started, but the budget had risen to MOP7.5 billion.

In 2011 Macau’s Commission of Audit reported that the revised budget was actually MOP11.07 billion – 48 percent above the previous estimate.

In September 2012, the city’s Commission Against Corruption, which also acts as local ombudsman, sided with a NAPE neighbourhood association and demanded that the metro route should be moved away from Rua de Londres and Rua do Porto in the centre of NAPE district and toward the estuary waterfront.

Last year around 78 percent of Macau’s 29 million visitors entered via Macau peninsula either at the Gongbei border crossing, the Outer Harbour Ferry Terminal or the Inner Harbour according to Macau Government Tourist Office.

Given however that a spur line of the Guangzhou-Zhuhai high-speed railway serving the neighbouring mass-market holiday island of Hengqin is due to be completed by 2016, it’s possible that the Lotus Bridge crossing from Hengqin to Cotai could become an increasingly important crossing point for the Cotai mass-market.

Currently however the arrangements for the Lotus Bridge – involving tourists being bussed across no man’s land from the PRC side to the Cotai side – compared to Gongbei, where visitors are delivered direct to immigration hall – would make it challenging to have a significant increase in daily volume of tourists.

In November last year, Macau and Guangdong agreed at their annual conference on cooperation between Zhuhai and Macau to keep the Lotus Bridge border crossing open for three more hours each day. Under that plan, the opening hours would be from 8am to 10pm. Currently however the hours are 9am to 8pm.

Most of Macau’s casino operators are likely to generate positive free cash flow in the first quarter, given the robust recovery level of mass-market gross gaming revenue (GGR) in January, relative... END_OF_DOCUMENT_TOKEN_TO_BE_REPLACED