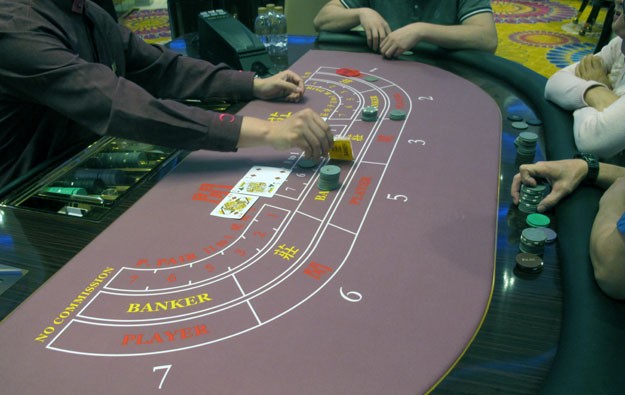 A worker group said to represent some staff at Macau-based casino operator Galaxy Entertainment Group Ltd states it is concerned about a lack of information regarding whether the firm will offer salary increases for 2017. The group claimed to be representing about 1,000 workers employed by the casino company.

At a press conference on Thursday, members of the worker group said that – as of that day – there had been no “indications” from Galaxy Entertainment about salary increases for next year. The worker group also claimed – according to local media reports which did not identify the group by name – to have received no information regarding whether there would be an annual bonus of the sort typically granted by local employers around the time of Chinese New Year.

The worker group said that salaries should be adjusted to account for inflation and increases in the cost of living in the city. The group’s representatives added that the pay hike should at least be in line with the 2.46 percent salary increase announced for civil servants.

Investment bank Credit Suisse AG had said in a note in November that the modest salary hike announced by the Macau government for public workers was likely to reduce pressure on the city’s casino operators to make annual wage increases in 2017.

In a statement emailed to GGRAsia on Friday, a spokesman for Galaxy Entertainment said the company “attaches great importance” to employees’ remuneration and benefits, adding that the firm is open to “communicate closely and directly” with its employees.

“Galaxy Entertainment has granted a discretionary bonus in early 2016 and announced in July 2016 that all eligible full-time team members at senior manager grade and below were to receive the payment of the ‘Special Bonus Award’ equivalent to one month’s base salary and guaranteed tips (if any) on 29 July 2016,” said Buddy Lam Chi Seng, assistant senior vice president of public relations at Galaxy Entertainment. He added that all workers who joined Galaxy Entertainment on or after July 2, 2015, “were to be paid on a pro-rata basis”.

“Galaxy Entertainment also announced a special reward programme in 2014, that will offer all full-time team members at senior manager grade and below a special award of company shares equivalent to three times their salary as at August 2014 as their ‘Special Share Award’. The bonuses will be effective on December 31, 2017,” added Mr Lam.

On Thursday, the group of workers also called on casino operators to introduce a policy stating that employees are entitled to time off should a mandatory public holiday designated by the Macau government clash with the person’s weekly leave. If a mandatory public holiday date falls on a weekend – as will occur with Christmas Day this year – Macau does not provide a weekday mandatory holiday by way of compensation.

Currently among Macau’s six casino operators, only SJM Holdings Ltd grants a compensation day to its front-line staff and back office employees, said the members of the worker group, speaking at the press conference. The press conference took place at the Macau Civil Servant’s Association, a body headed by local legislator José Pereira Coutinho.

Speaking to reporters on the sidelines of the conference, Mr Pereira Coutinho said the issue of the public holidays as it currently stands is “unfair and needs to be addressed” by Macau’s casino operators. “We hope that the six casino operators come up with good news soon,” he stated.

Galaxy Entertainment’s Mr Lam said the company would analyse the situation before introducing new measures. “Galaxy Entertainment management will study and take into consideration the time-off measures on public holidays that fall on non-working days,” he added.

China has moved one step closer towards reopening, by relaxing some its Covid-19 control measures, with most infected people now able to quarantine at home rather than in state-sanctioned... END_OF_DOCUMENT_TOKEN_TO_BE_REPLACED