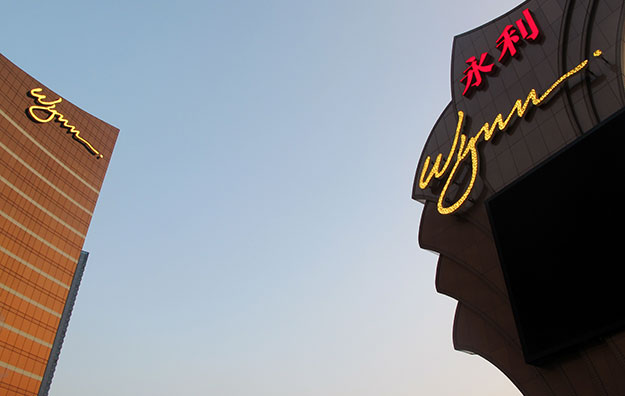 Wynn Macau Ltd posted drops both in operating revenue and in net profit during the third quarter of 2014, parent Wynn Resorts Ltd announced on Tuesday.

Wynn Macau posted total operating revenue of US$942.3 million for the three months ended September 30, a decrease of 5.6 percent compared to a year earlier. The drop was fuelled by a lacklustre performance in gaming business, with casino revenue declining 5.4 percent to US$893.2 million.

Market-wide casino gross revenue in Macau for the third quarter of 2014 fell 7.1 percent year-on-year to approximately MOP82.86 billion (US$10.37 billion), show official quarterly numbers released by the city’s gaming regulator. The results were dragged by a 19.1-percent drop in VIP revenue.

Wynn Macau posted net profit of US$220.9 million for the period, down by 8.2 percent in year-on-year terms.

Table games turnover in the VIP segment at Wynn Macau was US$25.1 billion for the third quarter of 2014, a 17.4 percent decrease in year-on-year terms. But table games win in the mass-market segment increased by 36.4 percent to US$327.2 million.

The casino operator is currently constructing Wynn Palace casino resort in Cotai, with a total budget of US$4.1 billion. The company invested US$301.1 million in the project during the third quarter of 2014, taking total investment to date to US$1.4 billion.

Wynn Resorts chairman and chief executive Steve Wynn said the project continues on budget and on schedule. The company officially expects to open the property in the “first half of 2016”, but Mr Wynn said again on Tuesday, during a conference call following the results release, that the firm is pushing to have Wynn Palace ready on time for the 2016 Chinese New Year holiday period, in February 2016.

Despite the profit drop in Macau, the results for parent Wynn Resorts beat analysts’ projections, fuelled by a 9.0 percent year-on-year increase in net revenue from the company’s Las Vegas operations to US$427.8 million.

The imminent return of package tours from mainland China will not only help boost Macau’s tourism businesses, but is also expected to help casinos gain more foot traffic in their mass gaming... END_OF_DOCUMENT_TOKEN_TO_BE_REPLACED