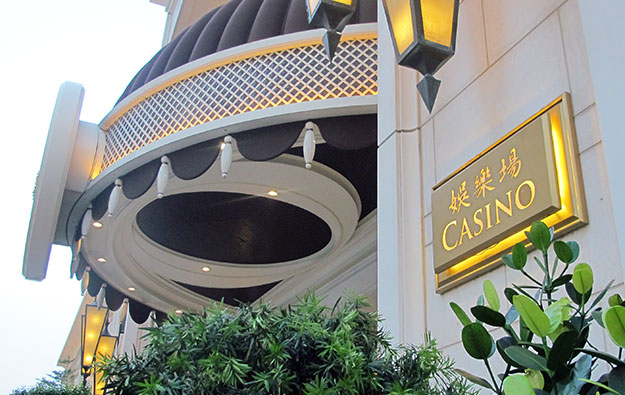 Wynn Macau Ltd has dropped as many as four “weaker junket operators” as it prepares to reopen a revamped area of its Wynn Macau casino for VIP players – possibly next week ahead of Chinese New Year on February 19.

Steve Wynn, founder and chairman of the parent firm Wynn Resorts Ltd, gave the news during a conference call on Wednesday to discuss the group’s fourth-quarter and full-year earnings.

“We’ve gone to nine [junket] operators from 12 or 13…we are very conservative about credit,” added Mr Wynn. “So we want to do business with only the most conservative counterparts in that industry.”

Investment analyst Karen Tang of Deutsche Bank AG in Hong Kong, said in a note issued after the conference call, that “cost pressures were evident” for Wynn Macau during the fourth quarter.

Matt Maddox, Wynn Resorts’ president, said on the call that judged in cash terms quarter-on-quarter, promotional allowances for Wynn Macau had actually fallen; and were flat for 2014 versus 2013.

He stated: “If you look at our third quarter promotional allowances [they] were US$50 million: they were US$48 million in the fourth quarter and US$48 million year-over-year. Getting into the mix that it’s gone from 5 percent to 6 percent of revenue, I think that’s missing the point. They were flat year-over-year and we’re not seeing any major increase in promotional activity in the industry.”

Mr Wynn said in his commentary on the casino renovation at Wynn Macau: “We’ve given our two new rooms to Guangdong [Group] and to Suncity.” He was referring to what are estimated to be the two biggest junket aggregators in the Macau market judged by volume of rolling chip turnover.

“And Suncity is financially, probably the most powerful of the junket operators. We’d never had them in our facility. And we’re welcoming them with a sparkling new really dramatically lovely space and they are enthused about that,” stated Mr Wynn.

He added that the new Wynn Macau VIP area would be “opening in a week or so”.

“Our tables are going to increase by about 40 tables after Chinese New Year. With the new VIP rooms coming on and the incremental mass tables that will be up to about 485 tables, excluding poker,” added Stephen Cootey, Wynn Resorts’ chief financial officer, referring latterly to the total number of tables at Wynn Macau.

The parent firm had earlier said in the group’s earnings statement that the average number of VIP tables at Wynn Macau had decreased to 244 units in the fourth quarter of 2014 from 273 units in the prior year’s fourth quarter “due in large part to a renovation on a portion of the casino floor”.

Mr Wynn said on the earnings call that the cost of Wynn Resorts’ project in Everett, Massachusetts, in the U.S. could be US$1.7 billion to US$1.75 billion.

“Wynn’s Boston project is expected to cost US$1.75 billion versus the originally stated cost of US$1.5 billion,” said analyst Cameron McKnight of Wells Fargo Securities LLC in a note following the conference call.