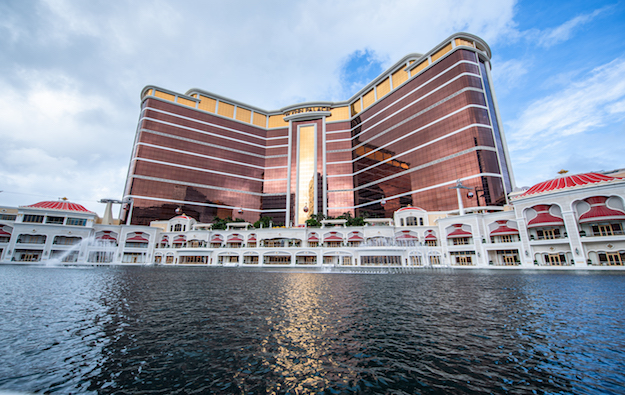 The latest net loss was on operating revenues that fell by 62.9 percent year-on-year, to US$115.6 million, during the reporting period. Wynn Macau Ltd had posted operating revenue of US$117.2 million in the second quarter of 2022.

The information was disclosed by Wynn Macau Ltd in a filing to the Hong Kong Stock Exchange on Thursday morning. Its parent, United States-based Wynn Resorts Ltd, had issued its own set of third-quarter results overnight.

In a conference call with investment analysts following the third-quarter results announcement, Craig Billings, chief executive of Wynn Macau Ltd and its parent Wynn Resorts, noted that the Macau unit had seen “some encouraging pockets of demand during the October holiday period, particularly in [the firm’s] direct VIP business where turnover was actually slightly above the comparable 2019 holiday period, and in [its] retail business, where tenant sales reached 74 percent of 2019 levels”.

He added: “We were not surprised to see an uptick in direct VIP growth in light of the market having no junkets.”

The October holiday period was a reference to a week-long holiday that started on October 1 in Macau’s main tourism feeder market, mainland China, and marked festivities around China’s National Day. According to brokerage JP Morgan Securities (Asia Pacific) Ltd, Macau’s average daily casino gross gaming revenue (GGR) for the first nine days of October was estimated to have been two times the daily run-rate seen in September.

Wynn Macau Ltd’s management noted during its latest conference call that it had previously seen similar upticks in direct VIP gaming and retail sales “over the course of the past year, when there have been pockets of demand”, namely related to holiday seasons and periods of less stringent travel restrictions associated to Covid-19 between Macau and mainland China.

“This once again highlights the strong demand for Macau’s unique tourism offering during periods when the market is accessible,” Mr Billings said during the call.

Also attending the conference call, Wynn Macau Ltd’s president, Ian Coughlan, stated that the activity seen by the company in its VIP areas and premium mass floors in October was “linked, to a certain extent, to returning former junket players”. He added: “We also saw that over the Chinese New Year.”

Mr Coughlan also noted, referring to high-value gaming customers: “We believe our premium positioning in the market and the facilities and services that we offer, make us attractive to those players, and there will be a return of them in the future.”

Casinos in Macau continued to operate in the third quarter in a low-revenue environment amid Covid-19 alerts and outbreaks either in Macau or mainland China. Since the onset of the pandemic, mainland China has been the only place to have a largely-quarantine free travel arrangement with Macau.

A community outbreak of Covid-19 in Macau, which started on June 18 and took more than a month for the authorities to bring under control, saw a 12-day shutdown in July of the city’s casinos as a precaution.

During the conference call with investment analysts, Mr Billings said the Macau unit had been able to keep costs under control during the reporting period.

Mr Billings stated: “Despite the nearly two-week closure of casinos in the market in July, our overall EBITDA [earnings before interest, taxation, depreciation and amortisation] loss in the third quarter was US$66 million, which was a meaningful improvement from a loss of US$90 million in the second quarter, even after adjusting for a US$7 million bad debt credit that benefitted the results in the third quarter.”

Mr Coughlan told analysts during the conference call that Wynn Macau Ltd’s management was “very impressed with the government’s reaction to the recent outbreak in Macau”. That was a reference to a few cases of Covid-19 detected locally in late October.

He said: “We had an outbreak in the summer and we had a casino closure. There was a six-week cycle of closure and recovery. The government have managed to turn it around in two weeks this time.”

The Wynn Macau Ltd president added that the firm was “starting to see a build up in occupancy this coming weekend”.

He also made a reference to the reactivation, by mainland China authorities, of electronic processing on applications for exit visas to visit Macau either for individual travel or as part of a group. The reactivation, according to China’s National Immigration Administration, took place on November 1.

“I believe we will see the e-visas trickle in in the next couple of weeks and then pick up pace in the coming months”, Mr Coughlan said.

He added: “The reinstated electronic individual visitor scheme (e-visa) and group tours for mainland China visitors are positive for eventual easy-flow of tourists from mainland China, but the fear of lockdown is still deterring travellers.”

No dividend resumption yet

Parent Wynn Resorts reported operating revenues of US$889.7 million for the third quarter of 2022, a decrease of US$104.9 million in year-on-year terms. Its net loss stood at US$142.9 million for the period, compared to a net loss of US$166.2 million a year earlier.

Mr Billings said during the conference call that parent Wynn Resorts would only consider resuming recurrent dividend payment once operations in Macau improved. That was despite operational improvements in its U.S. operations.

During the call, the Wynn group management avoided discussing at length the current public tender for fresh Macau gaming rights. Wynn Macau Ltd is among the seven bidders for a maximum of six licences.

“The government is currently reviewing the proposals, with decisions expected to be made by year end,” stated Mr Billings.

Wynn Resorts also did not elaborate on its plans for an integrated resort in the United Arab Emirates. Mr Billings said the firm planned to provide more information about the project in early 2023, with construction works expected to start by the middle of next year.

Asked to comment about last month’s acquisition by American businessman Tilman Fertitta of a 6.1-percent stake in Wynn Resorts, Mr Billings was laconic.

“It is just a great recognition of the value in our equity. But there is not much more to say beyond that,” he replied.

Mr Fertitta is now the second largest single shareholder of Wynn Resorts. He controls U.S.-based Fertitta Entertainment, a conglomerate overseeing a range of businesses including the Golden Nugget casinos in the U.S.

The decision by the Macau government to grant fresh 10-year licences to each of the city’s six incumbent casino operators has been welcome by top management at those firms. Each of the concessions... END_OF_DOCUMENT_TOKEN_TO_BE_REPLACED