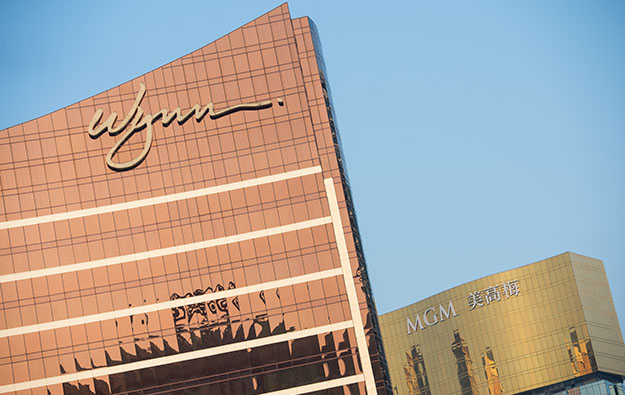 The announcement – in accordance with International Financial Reporting Standards (IFRS) – was made by the Hong Kong-listed firm, following the first-quarter results disclosure by the parent Wynn Resorts Ltd.

During a conference call following Wynn Resorts’ results announcement, Matt Maddox – chief executive of the parent firm and of Wynn Macau Ltd – announced a planned US$100-million investment to revamp the Wynn Macau property on Macau peninsula (pictured), to start this year. That would include “reinvigorating” the original casino at the property’s first tower, and “taking out a lot of the exterior junket space that is not productive,” Mr Maddox said.

The revamp is to add two new restaurants to the Wynn Macau casino-hotel and remodel the hotel rooms in its Encore tower.

Mr Maddox added that the Wynn group would also be “spending more time and more resources” in Japan, as the local authorities move to introduce a casino industry to the country. The firm was already talking with “potential consortium partners”, he said.

Mr Maddox also commented during the conference call on events affecting the Wynn group following allegations of sexual misconduct against its founder and former chairman and chief executive Steve Wynn. Mr Wynn has denied the claims against him, but resigned from the group in February and has since sold his entire stake in the firm.

Mr Maddox stressed in his comments to investment analysts that the firm was “not for sale” following Mr Wynn’s exit. He added: “As CEO, I am not interested in looking at the rear-view mirror… I am only focused in the future”.

“Executive management has not only been focused on maintaining and enhancing the operations of the business and stabilising the culture, but in reducing the noise surrounding our business,” he added.

The executive also commented on the acquisition by Galaxy Entertainment Group Ltd of a 4.9-percent stake in Wynn Resorts Ltd, announced in March. “They are long-term investors,” said Mr Maddox. He hinted the two firms could “potentially work together” in assessing business opportunities in fresh markets but stressed no agreement in that regard existed yet.

Last month, Wynn Resorts agreed to pay a total of US$2.4 billion to settle a stock redemption dispute with Aruze USA Inc and the latter’s parent company, Universal Entertainment Corp.