Wynn Macau not worried about staffing for Cotai project 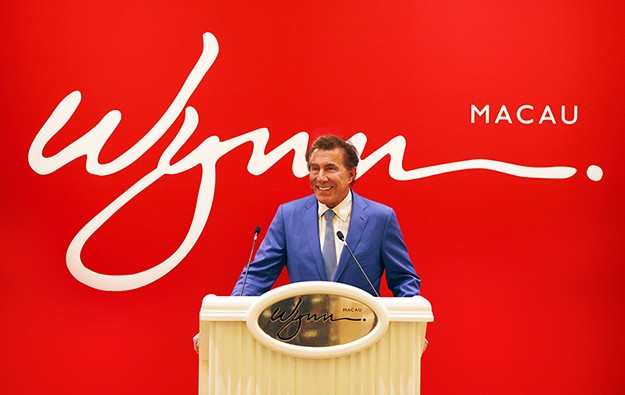 Wynn Macau Ltd is not concerned with staffing for Wynn Palace, the casino resort the company is developing in Cotai, two key company executives said.

Gamal Aziz, president of casino operator Wynn Macau, told a conference call on Tuesday that the incentives introduced earlier this year by the company, including an annual bonus increase and offering of shares to employees, have made it “far more popular” among casino workers than its competitors.

“We have seen a drop in the turnover in number of employees that leave the company. I think we will have a much better opportunity finding that labour as we open,” he added.

Wynn Macau posted a 3.2-percent increase in net revenues for the second quarter of this year, to US$960.6 million, in comparison with a year earlier, parent Wynn Resorts Ltd announced on Tuesday.

Wynn Macau chairman and chief executive Steve Wynn (pictured) told the same conference call that he expected all gaming operators in Macau “to take their best shot to make sure they are properly staffed”. He added that past performance showed casino companies in Macau have been able to successfully tackle labour challenges.

The unemployment rate in Macau stood at an all-time low of 1.7 percent during the second quarter of this year, official data show, with just 6,500 people without a job. However, the number of people working in the gaming industry dropped by 5,500 quarter-to-quarter to 80,100. The sector is still Macau’s top employer, directly employing 21.1 percent of the city’s employed population.

Median monthly employment earnings in the gaming industry reached MOP16,000 (US$2,004) in the second quarter, 23 percent above the citywide average, according to official figures. However, some casino operators, namely Sands China Ltd and more recently Galaxy Entertainment Group Ltd, are facing dissatisfaction among casino floor staff regarding pay and promotion policies.

On Tuesday’s conference call, Mr Wynn said that the construction of the US$4-billion Wynn Palace remains on budget and on track to open by Chinese New Year in 2016.

The casino at Wynn Macau complex, in the Macau peninsula, is also undergoing a US$60-million redevelopment project. “We are adding two really spectacular spaces, that we decided we wanted to introduce into the market for Chinese New Year [2015], one year ahead of Cotai,” Mr Wynn said.

Wynn Macau executives noted that, after a slower June in VIP business, the company is now seeing a rebound. “We are having a good month with our junket operators,” Mr Wynn said. He added that the company was on pace for a record July in overall revenue.

China has moved one step closer towards reopening, by relaxing some its Covid-19 control measures, with most infected people now able to quarantine at home rather than in state-sanctioned... END_OF_DOCUMENT_TOKEN_TO_BE_REPLACED