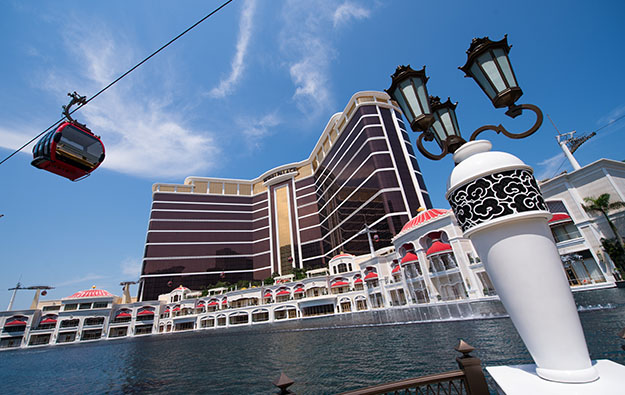 Macau casino operator Wynn Macau Ltd announced on Friday what it termed a “special bonus” equal to one month’s gross salary, payable to “95 percent” of its current 13,200 workforce. The money will be disbursed on August 15, just before the second anniversary of the launch of the firm’s Cotai project, Wynn Palace (pictured). Senior management will not be covered by the award.

The firm said in a statement: “Following a general salary increase announced earlier this year in February, this special bonus is being awarded to show the company’s appreciation for strong business results and team members’ hard work and dedication.”

Net profit at Wynn Macau rose by 119.2 percent in the first quarter of 2018, to US$227.1 million, according to results published in late April.

From being announced in 2014 until the end of 2017 inclusive, the company had what was understood to be a special bonus programme for non senior management staff, and such payments were made twice yearly.

GGRAsia asked the firm via email on Friday whether the newly-announced special bonus was a one-off, or part of a new multi-year scheme. We had not received a reply by the time this story went online.

The casino group is currently working on plans for phase two for Wynn Palace, and which will focus on non-gaming, Hong Kong-based businessman Allan Zeman – appointed Wynn Macau Ltd’s non-executive chairman after the departure in February of founder Steven Wynn from the United States-based parent Wynn Resorts Ltd, and from the local unit – told media on the sidelines of Global Gaming Expo Asia 2018 in Macau in May.

Macau’s casino gross gaming revenue (GGR) for the first five days of February is estimated at MOP1.9 billion (US$235.1 million) – or MOP380 million per day – a level that suggests a “45... END_OF_DOCUMENT_TOKEN_TO_BE_REPLACED