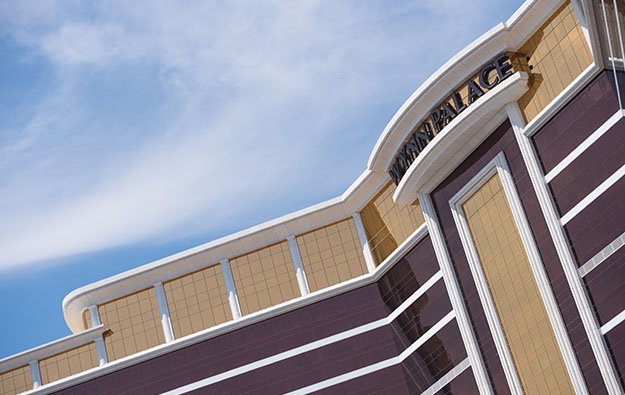 Macau casino operator Wynn Macau Ltd is to ask investors for a mandate to repurchase up to 10 percent of the total number of issued shares in the firm.

Wynn Macau Ltd is majority-owned by U.S.-based Wynn Resorts Ltd. There has been speculation of a possible separate sale of the Macau unit since the resignation in early February of the group’s founding chairman and chief executive Steve Wynn. By repurchasing its stock, a company can improve value for the holders of its outstanding shares.

The Wynn Macau Ltd share repurchase proposal will be put to the annual general meeting in Macau on June 1.

Repurchase of shares would be funded “entirely from the company’s available cash flow, capital facilities or cash on hand,” the firm said in a Wednesday filing to the Hong Kong Stock Exchange.

The document added that the directors would not pursue share repurchase to such an extent that it would have any “material adverse effect on the working capital requirements of the company or the gearing levels that, in the opinion of the directors, are from time to time appropriate for the company.”

Wynn Macau Ltd had cash and cash equivalents equal to nearly HKD5.24 billion (US$667.5 million) as of December 31, the firm said in its annual results filed on March 23.

If approved, Wynn Macau Ltd directors would be authorised to repurchase up to 519,671,260 shares, representing 10 percent of the total number of shares in issue as at the date of the 2018 annual general meeting. Shares of Wynn Macau Ltd closed at HKD30.95 in Wednesday’s trading.

In other developments, Bloomberg reported on Wednesday – citing people familiar with the matter but which it did not identify – that Wynn Macau Resorts SA, the unit of Wynn Macau that holds a Macau gaming licence, was seeking to tighten the financial conditions on a US$3.05 billion-equivalent loan facility, providing stronger protections to the banks involved.

The casino group was willing to cut the maximum leverage ratio – a measure of total debt relative to earnings before interest, taxation, depreciation and amortisation (EBITDA) – on the loan to four times from 2020 onwards, while seeking to extend the maturity, reported Bloomberg, citing the sources.

Mr Wynn had said on the parent firm’s fourth-quarter and full-year earnings call in January that the group had been “encouraged” by the Macau government to file plans for a phase two for its Wynn Palace resort on Cotai, which he said the group was “working on now”.

GGRAsia approached Wynn Macau Ltd for comment on the report regarding tightening of conditions on a loan, but had not received a reply by the time this story went online.

Banking group Morgan Stanley said in an April 8 note that it expected Wynn Macau Ltd would report the fastest EBITDA growth among Macau’s six casino operators for the first quarter. It expected the expansion to have been 16 percent, judged quarter-on-quarter.